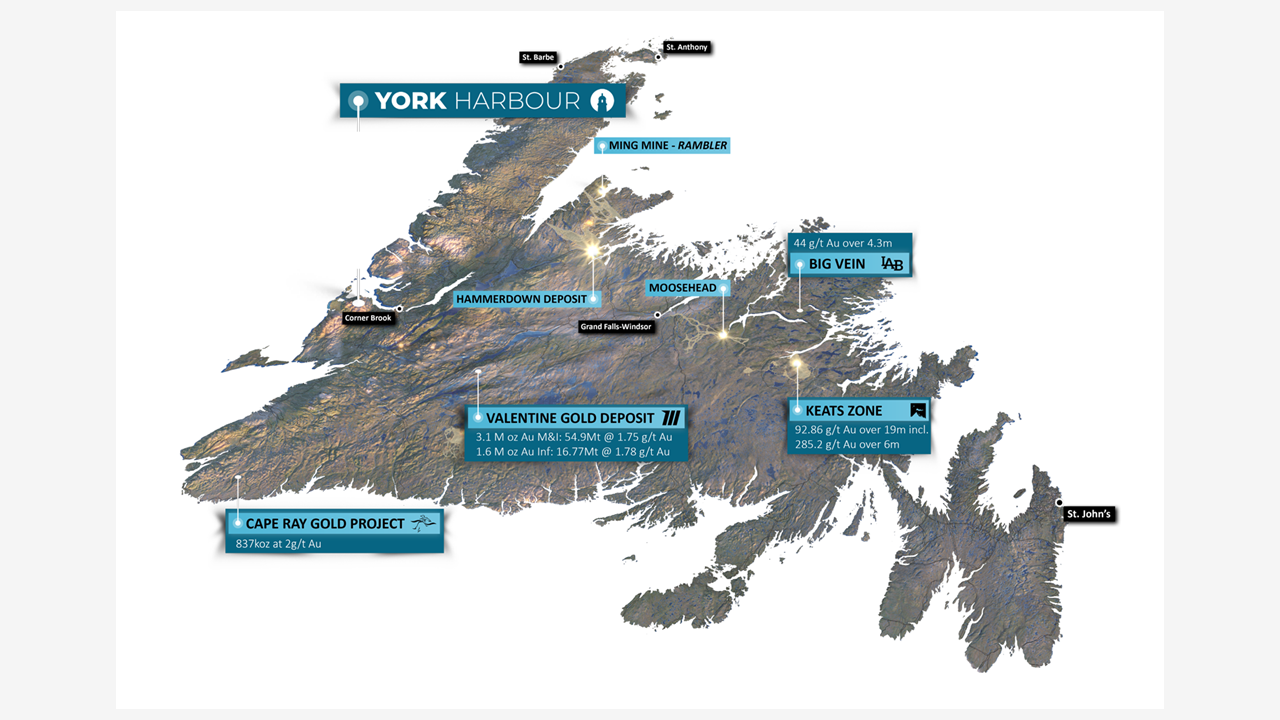 York Harbour Metals (YORK) report the remaining assay results from its Phase 3 drilling program that was carried out from mid-January to mid-April 2022.

The assay results show that the drill-indicated mineralization extends both along strike, joining several of the previously isolated volcanogenic massive sulphide lenses of the main mine area, and that these lenses have depth extent and could extend farther.

1,317 samples of massive, semi-massive and stringer mineralization, including QC sample insertions, were initially delivered to Activation Laboratories in Ancaster, Ontario.

The company’s Chairman, Bruce Durham, commented that the drill results from the Phase 3 drill program indicate there remains significant potential for the company to discover additional extensions to the copper-zinc mineralization first mined at York Harbour more than 100 years ago.

“Drill holes such as hole YH-22-61 intersecting 14.77 metres of high-grade copper-zinc mineralization grading 2.86 per cent copper and 6.95 per cent zinc show areas proximal to the main mine area with thick accumulations of massive copper-zinc sulphides that had not previously been drilled by previous operators. A number of other holes reported today intersected narrower intervals of similar sulphides that expand the known limits of the mineralization.”

York Harbour Metals Inc. (YORK) is an exploration and development company that has been focused on the York Harbour Copper-Zinc-Silver Project, a mineral property located approximately 27 km from Corner Brook, Newfoundland.