It validates the credibility of the technology, boosts morale among employees and alerts the market to the company’s potential. However, it is the calibre of the sales opportunities generated on the back of these attention-grabbing headlines that will really make or break a start-up.

With this stark reality in mind, XPhyto Therapeutics Corp. (CSE: XPHY) (FSE: 4XT) (OTC: XPHYF) is striving to achieve the type of validation that all the releventCovid-19 diagnostics companies are aiming for.

Such a development should come as no surprise to investors that follow XPhyto. After all, the company just announced the European commercial launch of one of the world’s fastest and most portable PCR test kits – which it co-developed with Stuttgart-based 3a Diagnostics.

The technology, named Covid-ID Lab, is now registered within the European Union as a commercial in vitro diagnostic (CE-IVD) test. The news has generated a raft of upbeat coverage in publications on both sides of the Atlantic, while the company now turns its attention to production and distribution.

The Disruptive Appeal of Covid-ID Lab

It is conceivable that there may be some significant opportunities to market Covid-ID Lab in the near future. Its main competitive advantage is that it provides a definitive coronavirus test result in just 25 minutes with less equipment, training, and laboratory requirements than its competitors.

It essentially combines the accuracy of PCR with the speed of disposable screening tests, which represents a major innovation within this sector.

There are two other highly disruptive differentiators for this product. First, Covid-ID Lab has a compelling value proposition. It is designed to be compatible with most commonly used PCR equipment.

Covid-ID Lab can reduce processing times from several hours to less than half an hour using the same equipment. This means that cash-strapped health authorities throughout Europe and further afield will not be required to purchase any new equipment to run these tests.

Second, Covid-ID Lab appears to be highly reliable and easy-to-use. For instance, it eliminates prior RNA extraction which makes the whole procedure less complicated and more streamlined. This means that less equipment, less reagents, and less training is required.

Ideally, Covid-ID Lab could be used in a variety of point-of-care settings as countries attempt to loosen restrictions while keeping the Covid-19 pandemic under control. Diagnostic accuracy with a 25-minute turnaround time is a compelling proposition for governments and businesses that are seeking monitoring tools and economic recovery.

What’s Next for Covid-ID Lab?

The challenge now for XPhyto is to secure distribution and sales agreements in a timely manner. The company says it has assembled a highly experienced commercial team, which appears to be making headway, as outlined in a March 18th press release that stated:

“XPhyto is currently in discussions with various potential distribution and wholesale partners as well as potential licensees. The sales launch in Europe is targeted for April 2021.”

The possibility exists for XPhyto to potentially collaborate or partner with household-name companies in the coming months. Especially considering that this technology may have game-changing potential at transportation hubs, border crossings, care facilities, schools, pharmacies, and hospitality settings.

This all begs the question: which companies could XPhyto partner-up or collaborate with by way of lucrative, large-volume supply agreements?

One of the most obvious targets has to be a major international airport or airline. Global air traffic decreased by 65.9% year-on-year in 2020, according to the International Air Transport Association (IATC), which branded the situation “a catastrophe”. The sector suffered an annual net loss of US $118.5 billion, and airlines will be desperate to avoid a similar fate this year.

However, demand was down 72% in January 2021, and IATC expects the air transport industry to burn through US $75 billion to US $95 billion in cash this year if the situation does not improve. “2021 is starting off worse than 2020 ended – and that is saying a lot,” says IATC chief executive Alexandre de Juniac. “Increased testing capability and vaccine distribution are the keys for governments to unlock economic activity, including travel.”

Covid-ID Lab is quick and accurate, and it also requires considerably less equipment and training than conventional PCR testing, so it could be valuable to a beleaguered airport or airline if employed correctly. The aviation industry clearly views PCR testing as the gold standard, as it is the first option mentioned in testing guidelines published by major airlines such as British Airways and Virgin Atlantic.

Keep in mind that fast PCR testing of this kind may offer international travellers an alternative to or likely a mandatory complement to vaccines, as increasingly controversial “vaccine passports” seem to be very likely.

Currently, most existing PCR technology is employed in centralized labs and too slow to use at airports and other key travel hubs to process samples on an expedited basis. Covid-ID Lab could fill that gap in the market. As previously mentioned, it marries the accuracy of PCR with the speed of disposable screening tests, which should make it highly attractive to airports and airlines.

The Frankfurt and Munich international airports appear to make sense, as does Lufthansa – the largest airline in Germany and the second largest in Europe. Covid-ID Lab is made in Germany, so the German airports and airline would be a natural fit, but any major airport and/or airline – from Heathrow and Montreal to Air France-KLM and EasyJet – could be a potential target.

An Unprecedented Opportunity in Pharmacies

“German pharmacies may soon be permitted to process PCR tests at their retail locations, but most pharmacies do not have the space for a full-scale PCR processing on-site,” he says. “With our technology they would have the prospect of running small satellite labs, which opens up 20,000 plus potential pharmacy-based testing labs throughout Germany.”

Data from the Pharmaceutical Group of the European Union suggests that there are around 97,000 pharmacies in the EU, which means an enormous potential addressable market and testing network.

As anyone following the company’s progress will know, it has a tight share structure, with only around 67 million shares outstanding. The firm’s share price has increased by more than 40% since the start of 2021, as the PCR test kit has generated considerable buzz among investors in North America and Germany alike. Indeed, XPhyto appears to be very much an up-and-coming player with a strong pipeline of diagnostic and therapeutic products in development.

All told, it seems that the best is likely yet to come, with the next few months potentially establishing the company a rising star in the COVID-19 diagnostics investment sector.

ABOUT THE AUTHOR: Marc Davis has a deep background in the capital markets spanning 30 years, having mostly worked as an analyst and stock market commentator. He is also a longstanding financial journalist. Over the years, his articles have appeared in dozens of digital publications worldwide. They include USA Today, CBS Money Watch, The Times (UK), Investors’ Business Daily, the Financial Post, Reuters, National Post, Google News, Barron’s, China Daily, Huffington Post, AOL, City A.M. (London), Bloomberg, WallStreetOnline.de (Germany) and the Independent (UK). He has also appeared in business interviews on the BBC, CBC, and SKY TV.

Marc is also an enthusiastic investor in XPhyto Therapeutics and his commentary is not intended to be a solicitation for other investors to purchase this stock.  Investors are always advised to consult a professional investment advisor before making investment decisions. 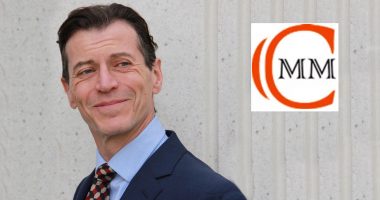 A high-grade precious metals discovery can be worth hundreds of millions of dollars – sometimes even more.

It’s the technological evolution that could transform the US $84.4 billion Covid-19 diagnostics market.
X