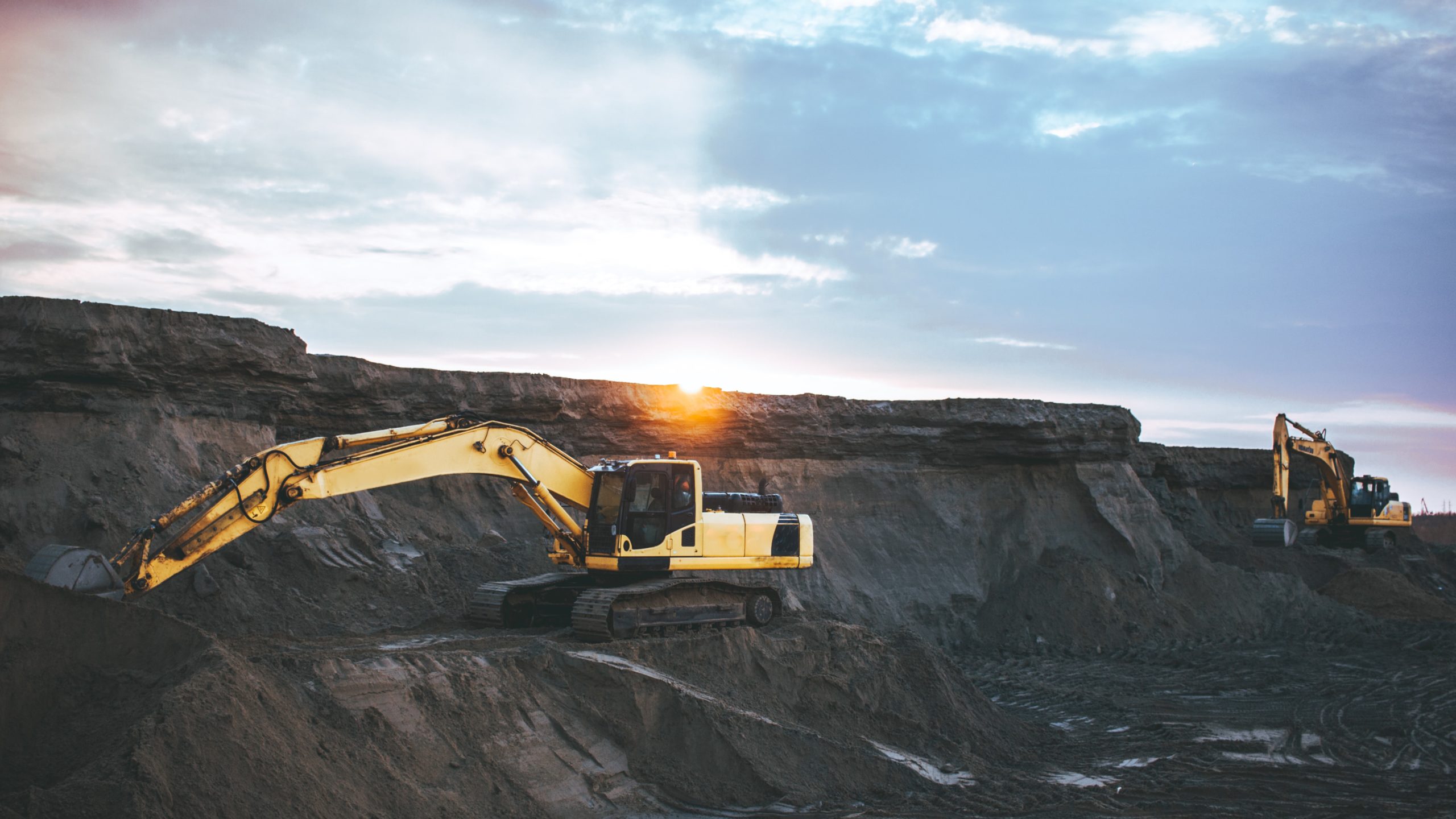 Yet most mining stocks have seen their share price driven at/near 52-week lows by the mindless trading algorithms that now dominate markets.

The bull markets for these metals are not suddenly going to end. The transition to EVs (and the battery metals required) is carved in stone. Taking this even further, the commitment in the West to becoming “green energy” economies requires more-or-less a re-electrification of Western economies.

That means copper. Lots and lots of copper.

Will the Transition to Renewable Energy Be Paved in Copper?

One new mining microcap offers an interesting play on copper. More on this later.

The bull markets for metals are going to continue. The question becomes: when are the share prices of mining companies going to catapult higher, back to rational market caps versus these metals bull markets?

No one knows. But at present, investors have a historic opportunity to build mining portfolios at once-in-a-lifetime valuations.

How do investors maximize returns in most mining bull markets? To increase leverage, more sophisticated investors will load up on warrants and/or call options to increase the upside potential of their portfolios.

Warrants and options are only valid for limited durations. Investors are timing the market, and if their timing is off, the warrants/options could end up out-of-the-money and worthless.

The share prices of mining companies have currently been driven so low that – especially for junior mining stocks – investors can load up on shares in these mining companies for the same prices they would normally expect to pay for warrants or options.

This is unprecedented in any previous bull market for metals and minerals.

Investors can buy shares in junior mining companies today that offer just as much upside potential as warrants or options but with the lower risk that comes with buying shares.

As noted above, no one knows when “the big breakout” will come with these mining stocks, either sector-by-sector or all at once. Attempting to time the market here is perilous.

Instead, savvy investors can build portfolios comprised of these high-leverage shares – at bargain-basement prices. And because share prices are so cheap, investors can diversify into a large number of these mining companies, further mitigating risk.

Is copper the best bet in commodities?

You can’t go wrong with copper. Let’s start with EVs.

Internal combustion engine-powered vehicles (ICEs) require 18 – 49 pounds of copper. A battery-powered EV contains 183 pounds of copper, up to 10 times as much as in an ICE.

Then you need charging stations for all these EVs and a greatly enhanced electrical grid to support the massive increase in demand for electricity that will result from all these EVs on the road. Lots and lots more copper.

And this is only the beginning of Western nations’ plans to “go green”. Massive increases in renewable energy sources are also planned (and already being implemented).

Meanwhile, in the Rest of the World, there is “the Belt and Road Initiative,” now often called “the New Silk Road.” This China-led strategy is being billed by some (including this major shipping company) as “the largest infrastructure project ever.”

Add up all of this copper demand and what do you get?

This report from S&P Global.

Why is S&P Global confidently predicting a large shortage in the global copper market? Because the estimated demand of 53 million tonnes/year in 2050 would represent “more than all the copper consumed in the world between 1900 and 2021.”

By 2050, the global economy will require more than a century’s worth of copper production every year.

That kind of mind-boggling demand profile is enough to float all boats in copper, from the largest producers to the smallest microcaps.

While investors will likely want some exposure to established copper producers, those wanting to increase their leverage with respect to this long-term opportunity will also want to look further down the food chain.

Investing in early-stage mining microcaps is a game of sleuthing, looking for geological clues and patterns.

Geologica Resource Corp (CSE:GCRM/FSE:862) is a brand-new junior mining microcap with a focus on copper exploration. The company commenced trading on October 26, 2022, on the Canadian Stock Exchange.

When The Market Herald had the chance to chat with the President and CEO of this new junior mining company, Douglas Unwin, we began by asking how and why Geologica Resource Corp came into existence.

Unwin replied that he was looking for a prospective project to develop, to capitalize on the “super cycle bull” in commodities. The CEO was open to different jurisdictions but partial to copper prospects.

We asked Unwin why copper had caught his eye versus some of the other metals markets also experiencing bull market conditions.

“When we started Geologica, we decided to focus on copper as its use in electrification was going beyond EV’s and into infrastructure and other elements of electrification that would increase demand for years to come. We agreed with Goldman Sachs that “copper is the new oil”.”

Indeed, given the powerful fundamentals for the copper market (above) and the desire to limit fossil fuel use, copper might even look stronger than oil today.

Tapping his contacts in the mining industry led Douglas Unwin to the Topley Copper Gold Project. Topley consists of 7 mining claims totalling 2,669 hectares in size. Historically, the Topley land package has shown mineralization from a host of different metals, including copper, gold, lead, zinc and molybdenum.

However, management was mostly interested in copper. And when John Buckle, P.Geo., who is leading exploration, began digging through the data, he found a pattern.

The Topley Copper-Gold Project shows a lot of physical and geological similarities to the large Mt. Milligan copper-gold mine operated by Centerra Gold, also in British Columbia, and located to the east of Topley.

The Mt. Milligan Mine boasts current, proven reserves of 736 million pounds of copper and 1.84 million ounces of gold. This open pit operation is producing for Centerra at a rate of 60,000 tpds.

Mining investors who understand magnetic imaging will also be interested in a “large regional magnetic high” that parallels the geology of Mt. Milligan.

Geologist John Buckle has a long pedigree when it comes to participating in mining discoveries. Buckle’s exploration credits include the Voisey Bay nickel mine, the Jacobina gold deposit, and (perhaps most relevant) the Lisle-zone copper-gold porphyry, part of the Doubleviews Hat project in northwest B.C.

As an experienced geologist, Buckle knows the importance of getting preliminary field work done before the Company thinks about bringing in a drill rig.

On November 9, 2022, Geologica announced it had completed its 2022 fall soil sampling for the Topley Project. This expands on a previous geochemistry survey from 2020 that collected 305 soil samples.

An additional 176 samples have been collected for analysis. Unwin told The Market Herald that he’s expecting to receive the assays from these soil samples at the beginning of 2023.

Based on the results of those soil samples, Geologica will plan the next phase of its fieldwork. The Company is aiming for further exploration to commence in the spring of 2023. It will likely consist of both an IP survey combined with drone magnetics.

CEO Unwin likes British Columbia for more than just its mineral riches. He explained to The Market Herald why B.C. is one of his favourite jurisdictions for mining exploration.

“We like BC for exploration due to the abundant hydroelectric power, significant mining infrastructure, stable government, federal and provincial government tax credits and flow through share programs.”

A very prospective copper Project to explore. A very efficient jurisdiction for mining exploration and operations.

For investors used to one-way markets over most of the past decade, it takes courage (and vision) to invest precious dollars into mining stocks, most of which are currently near/at 52-week lows.

Yet investors need to do this if they want to maximize returns in what are already powerful bull markets for many metals.

A bear market for mining stocks. A bull market for many metals – that stretches out into the distant horizon. It’s an unprecedented opportunity for portfolio-building.

Many metals markets look extremely strong today. But few (if any) boast fundamentals both as broad and as powerful as those driving the copper market.

Copper producers should be money-makers for investors. For those seeking to maximize their blue-sky potential, copper exploration microcaps are exciting candidates.

With its shares priced like call options, but a tight share structure of fewer than 20 million shares issued and outstanding, Geologica Resource Corp. offers an interesting bet on this “super cycle bull” in copper. 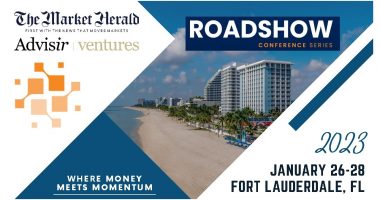