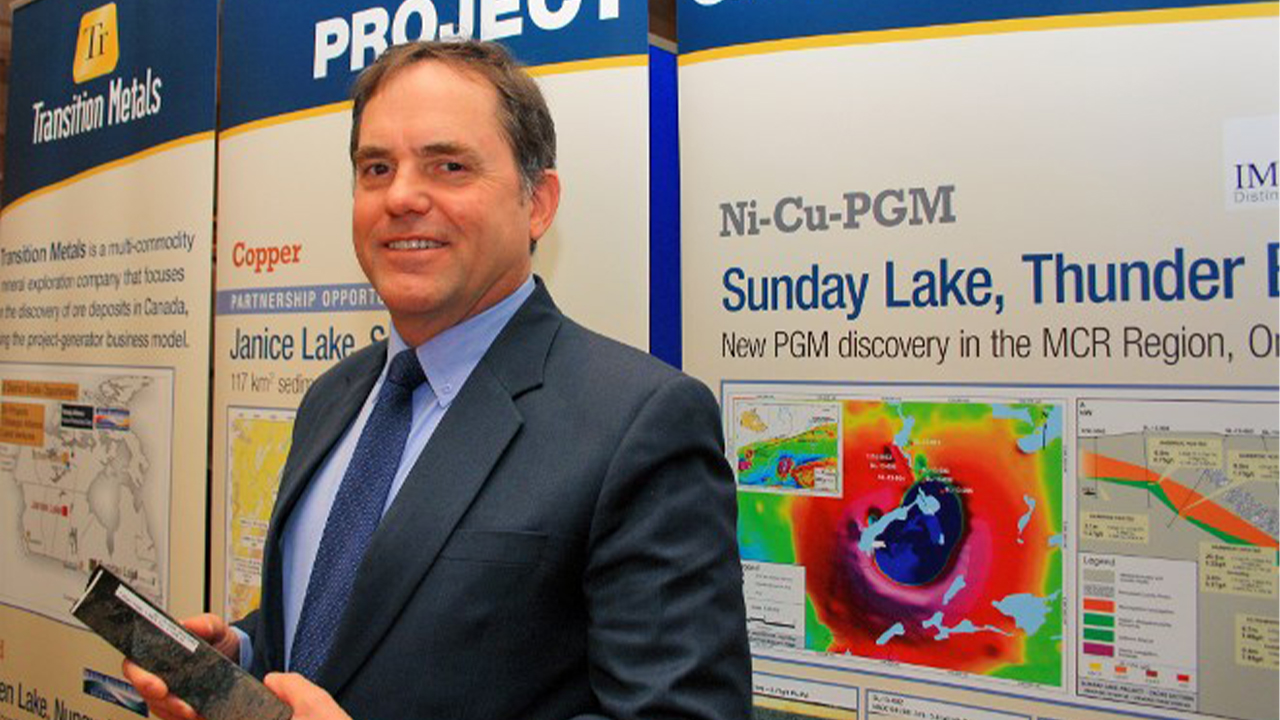 Impala Holdings holds 75 per cent of the Sunday Lake property. Transition is currently earning itself the other 25 per cent by completing the feasibility study on the site.

The ‘big red’ metallurgical anomaly on the property measures over 500 metres by 400 metres. The company has drilled it four times so far.

All of these drills have intersected mineralisation. This suggests that Big Red may be part of a much larger untested anomaly, measuring approximately 1200 metres by 400 metres.

Transition Metals’ CEO, Scott McLean, said that Sunday Lake continues to represent an exciting and important property for the company.

“Two holes from the recent drilling program intersected the outer extent of the ‘Big Red’ anomaly and continue to provide high grade intersections over broad widths.

“In addition, the competition of a third hole into a seperate, high-quality MT anomaly demonstrated the widespread nature of the platinum group metals mineralization across the property.

“Exploration on the property is still at an early stage. With continued drilling, there is excellent potential of building a significant mineral resource going forward” Scott said.