In Canadian economy news, concerns persist over shipping and supply shortages leading up to the busiest time of the year for retail businesses.

Supply shortages are affecting more than retail, however. The Bank of Canada listed challenges with supply and demand as one of the risks associated with continued high inflation rates. With CPI inflation currently at 4.7 per cent, well above its 2 per cent target, the Bank of Canada announced yesterday that it has decided to maintain a 0.25 per cent policy interest rate until the 2 per cent inflation target is reached.

Other risks associated with high inflation include concerns around COVID-19 and the Omicron variant, which has now been identified by the WHO as a variant of concern, and recovery efforts due to extreme weather on both sides of the country.

In a statement regarding the BoC’s policy interest rate announcement, Deputy Governor Toni Gravelle assured Canadians that the bank is working to lower inflation; however, he said, the process will be complex and take some time.

“Rest assured that the Bank of Canada remains resolute in its commitment to keep inflation under control,” said Mr. Gravelle.

In international investment news, Canada’s net foreign asset position reached $1,367.8 billion in the third quarter of 2021 according to Statistics Canada, up $55.3 billion compared to the second quarter.

Currently, the Canadian dollar is worth just below US$0.79. The loonie has been below US$0.80 since mid-November after reaching US$0.81 in October.

Technology companies were trending on The Market Herald Canada this week, with Swarmio Media, NowVertical Group, and NexTech AR Solutions making headlines in this week’s top 5 ranking. Let’s take a look at these and other stories that captured our reader’s attention.

On Monday, Baselode Energy confirmed the presence of high-grade uranium on the Hook project in the Athabasca Basin of northern Saskatchewan.

James Sykes, CEO, President and Director of Baselode, sat down to speak with TMH’s Caroline Egan about the results.

Shares of Swarmio Media (CSE:SWRM) are now trading on the CSE

In technology news, Swarmio Media’s founder and CEO spoke with Dave Jackson on Tuesday about the company’s recent listing.

“Swarmio is entering a key growth phase,” he said, “and we believe that strategically now is the right time to take the company public to better position us to capitalize on the major global opportunity in the gaming and esports market.”

On November 5, 2021, the company successfully completed its acquisition of Swarmio Inc., a gaming and esports technology company.

Common shares of Swarmio Media Holdings are now trading on the Canadian Securities Exchange under the symbol SWRM.

Should the over-allotment option be exercised in full, the aggregate gross proceeds of the offering will be $10,350,017.

The offering will be conducted by Echelon Wealth Partners Inc. as sole agent and bookrunner.

Highlights from Noram Lithium’s preliminary economic assessment include a net present value (NPV) of US$1.299 billion and gross revenue of $303.4 million per year.

The Zeus Lithium Project is located less than one mile from the only lithium production facility in the United States.

Peter Ball, President of Noram Lithium sat down with Dave Jackson to discuss the news.

CEO Evan Gappelberg sat down with Caroline Egan to discuss the news. 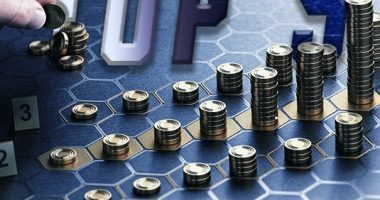 Across the world, this week has not brought smiles to the faces of investors, as stock markets were heading for their worst weekly