The Toronto Stock Exchange opened lower this morning but picked up later in the day as energy stocks lifted on the heels of higher crude oil prices, appearing to pave the way for a break in its two-week downturn.

Although the stock index fell again later Friday afternoon, it has rebounded and is trending up at 21,259.81 as of 2:41 pm EST, following its uncertain trend over the last month.

In the United States, WTI Crude was up over 2 per cent today. Meanwhile, the Canadian Crude Index last traded at US$68.25 per barrel yesterday, up 15 per cent.

“As far as Canada goes, there isn’t much news on this side of the border today. We’re mostly just following the U.S. markets,” Colin Cieszynski, chief market strategist at SIA Wealth Management, told Reuters.

The Bank of Canada released a statement today on the results of a pilot project developed in partnership with the Office of the Superintendent of Financial Institutions (OSFI).

Along with six national financial institutions, the BoC and OSFI developed scenarios “that will help the financial sector identify, measure and disclose climate-related risks,” said the Bank.

According to BoC’s Deputy Governor Toni Gravelle, “climate change will have broad economic and financial impacts, so the Bank has committed to develop new models and methods to better understand physical and transition effects on the Canadian economy.”

Canadian Natural Resources (TSX:CNQ) is trending today after releasing its 2022 budget on Tuesday. The energy company is up 3.26 per cent on the day, trading at $51.91 per share as of 2:47 pm EST. 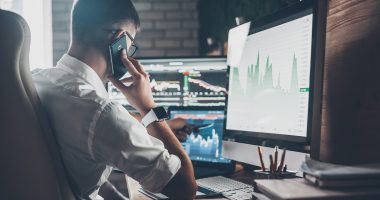 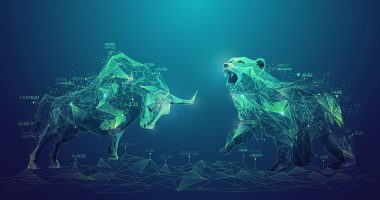