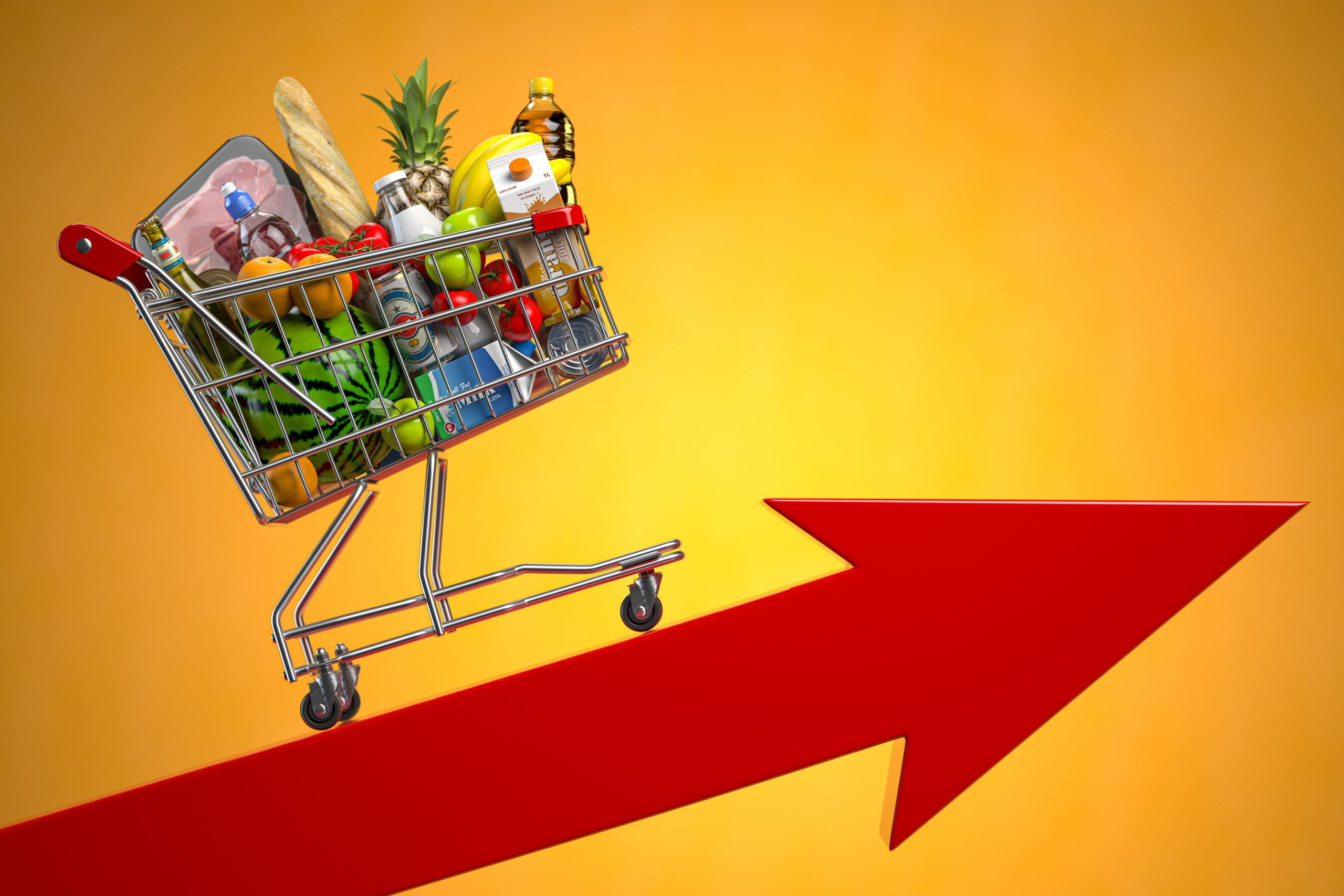 Though oil is slightly down for the first week since mid-December, crude WTI sits just over US$92 per barrel, up from around US$55 just one year ago.

Gold, spurred on by volatility in the stock and bonds markets, has risen just under 2 per cent since Monday approaching the US$1,850 mark. As inflation makes its presence felt in Canada and for our neighbors to the south, the metal finds itself in an opportune environment for alpha generation.

The TSX finished the week up by 1.3 per cent, its third straight weekly gain, aided by heavy weightings in energy (13.2 per cent) and materials (10.8 per cent), both of which benefit from inflation.

From a global perspective, equity markets were stymied after U.S. inflation data raised fears of a more hawkish Federal Reserve. According to Thursday’s Labor Department report, consumer prices rose 7.5 per cent since last January – a 40-year high – with food, electricity and housing experiencing the greatest gains.

Canadians’ purchasing power is also diminishing with inflation clocking in at 4.8 per cent in December, reaching a three-decade high. Add to that a loss of 200,000 jobs in January, most of them Omicron related, and we have a recipe for justifiable discontent.

Case in point, truck drivers protesting vaccine rules and COVID restrictions continue to occupy Ottawa’s downtown core and block the Ambassador Bridge from Windsor into Detroit. The bridge – which serves as a conduit for 25 per cent of commercial trade between the U.S. and Canada – has been partially shut for four days.

A provincial court may grant an injunction before day’s end that would clear the bridge, lest Canada run the risk of further disrupting supply chains and causing an economic contraction.

Earlier today, Ontario Premier Doug Ford declared a state of emergency in the province, detailing plans to end the blockade through potential jail time and fines up to C$100,000 for demonstrators who block and impede the movement of goods, people and services along critical infrastructure.

The unrest comes as virus-related hospitalizations appear to have peaked at the national level, which has led multiple provinces to commence the easing of restrictions. This, in turn, has led Canadians to ramp up their consumption of goods, as opposed to services, initiating a rotation in the equity market toward cheaper, more capital-intensive sectors that had been taking a backseat to high-flying growth names.

Fairfax Financial, a value investing stalwart, is up 29 per cent in the last year. It reported US$1.14B in Q4 pre-tax profit late Thursday, including a US$938.3M net gain on investments. It recorded US$3.45B in annual net gains on investments compared to US$313.1M in 2020.

Brookfield, a firm with heavy interests in renewables, infrastructure and private equity, is up 37 per cent in the past year as it considers a spinoff of its asset management division. The move could produce in the neighborhood of US$100B in equity and would provide institutional investors with access to alternative assets (real estate, private credit) to diversify from stocks and bonds.

On the downside, Shopify, Canada’s tech darling, is down over 40 per cent over the past year, mirroring lackluster years from Meta (Facebook), Amazon and pandemic favorites Peloton, Zillow and Zoom.

Another name, HEXO, once a leading light in Canada’s cannabis space, is down over 90 per cent over the past 12 months as it undergoes a restructuring plan.

Over the latter part of the week, our readers have focused on underappreciated growth opportunities in the technology space, as well as a resource name primed to rise if gold surpasses expectations:

Fobi announced the launch of its Fan Pass platform with Adam Hadwin, one of Canada’s top pro golfers. The platform will enable players to broaden their fan bases, increase revenue and deliver immersive fan experiences.

Sirios, a gold explorer, released new drill results confirming the continuity of gold mineralization at its Cheechoo Property in Quebec. Findings reached as high as 97.56 g/t gold over 1.1 m.