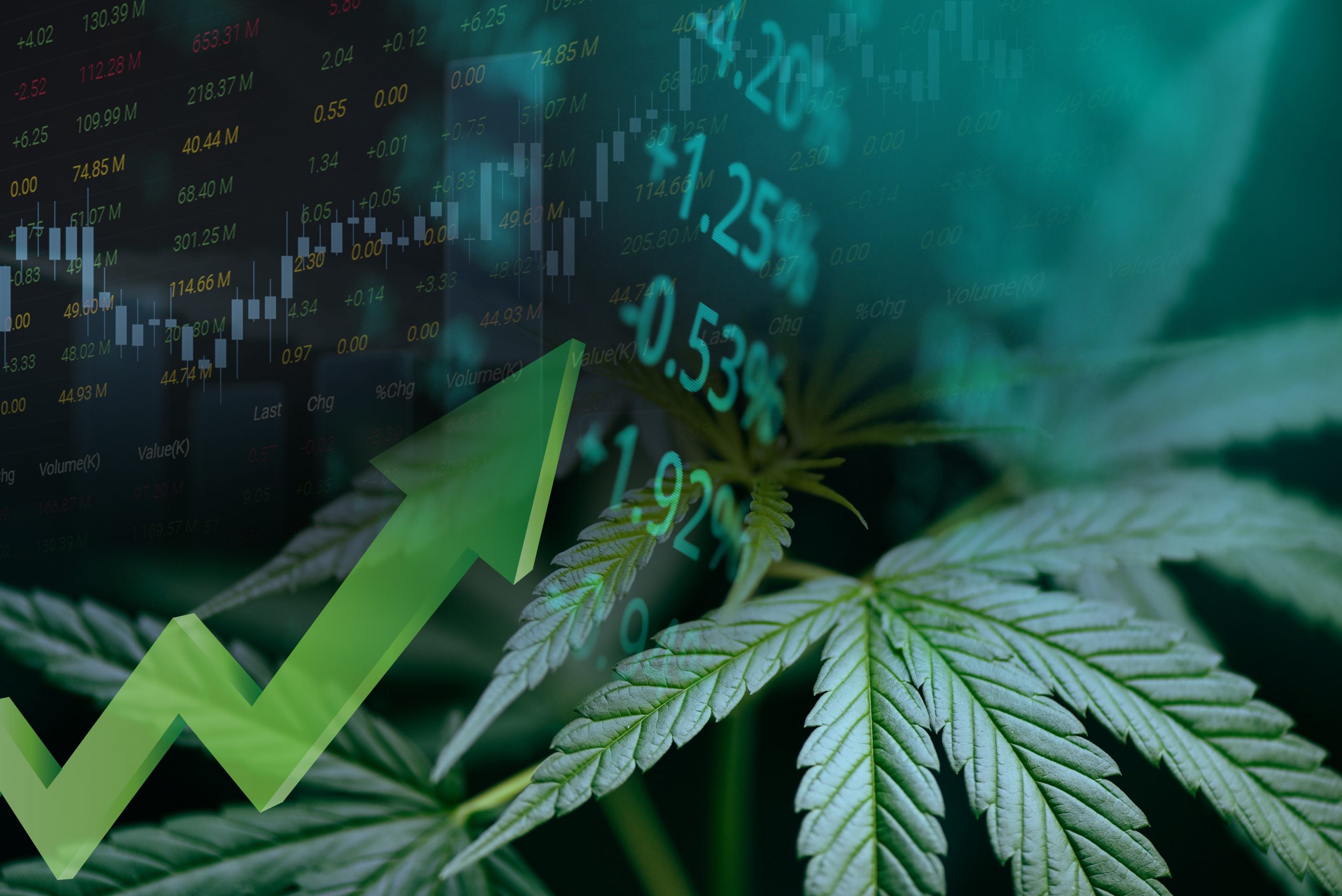 The TSX rose to a near three-month high today tracking a rally in global equities on upbeat earnings.

The cannabis sector did most of the heavy lifting with Canopy Growth rising up to 10.9 per cent after posting a smaller-than-expected Q3 loss, while Cronos Group, Tilray and HEXO rose between 3.6 and 5.3 per cent.

While competitors in our homegrown market proliferate, carving up market share into ever thinner slices, the prospect of U.S. legalization over the next few years has many investors adopting a longer-term view.

The energy sector also climbed up to 1.9 per cent on optimism to reestablish Iran’s nuclear deal and easing tensions between Russia and Ukraine. Crude futures and certain commodities are in backwardation, which suggests constrained supply.

Another catalyst for the rally is Maersk’s recent guidance stating that its COVID-related shipping backlogs should ease in the second half of the year. This is a sign of relief as congested ports and a shorthanded labor supply struggle to keep up with the world’s post-pandemic demand for goods.

The appetite for risk assets is also rising as investors seek to keep up with inflation. According to a recent Reuters poll, U.S. consumer prices will surpass 7 per cent YoY in January. They reached 4.8 per cent YoY in Canada as of last December, marking a 30-year high.

While the global shipping industry has reasons to be hopeful, the same cannot be said for one of our major ground-based trade arteries. On Monday night, a group of anti-lockdown demonstrators blocked access to the Ambassador Bridge, which carries a quarter of goods between the U.S. and Canada.

The protestors, who view vaccine mandates as an affront to their personal freedom, have limited U.S.-bound traffic on the bridge while Canada-bound lanes remain closed, running the risk of stoking inflation to untenable heights.

The demonstration follows an ongoing blockade in downtown Ottawa, now in its second week, marked by maskless participants, the constant sound of car horns and generalized tension among passersby.

Other U.S.-Canada trade arteries, including the Blue Water Bridge between Michigan and Sarnia, and a crossing between Coutts, Alberta, and Sweet Grass, Montana, have also experienced demonstration-based closures.

Against this socio-economic backdrop, Alberta, Saskatchewan, Quebec and Prince Edward Island have announced plans to lift COVID restrictions over the next one to two months. The governments of Alberta and Saskatchewan have been particularly vocal about vaccines offering poor protection from transmission, and how it is up to citizens to perform their own risk assessments as they learn to live with the virus.

Manitoba, Ontario and B.C. are being more cautious in their approaches as dictated by modelling of hospitalization and vaccination rates.

Canadian bond yields have risen across the board over the past week in anticipation of rate hikes from the Bank of Canada. As of yesterday, bonds over 10 years are yielding an average 2.13 per cent, while safer 1-3 year bonds are averaging 1.28 per cent.

At mid-week, our readers have been paying special attention to companies offering cutting-edge technology in health care and the burgeoning electric vehicle (EV) market:

Datametrex, an AI and machine learning company, announced its graduation to the TSXV’s Tier 1 as it finalized initial development of its app to optimize EV charging.