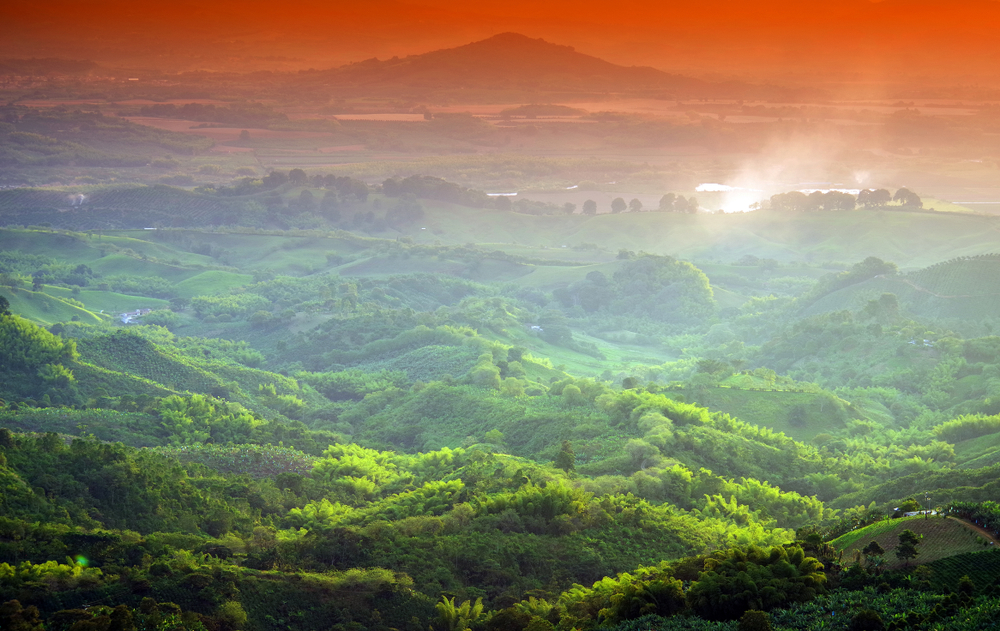 Latin America is undoubtedly one of the most prolific regions in the world for mining and is a part of the world that has long been established as an area of the world rich in resources.

Case in point, commercial exploration of mineral resources dates back as far as the 16th century in Latin America, with countries like Chile, Peru and Mexico leading the way in terms of mining economies.

However, behind those three countries is Colombia, which has an ideal geographic location at the top of the Andean Mountain range and covers a territory that is rich in mineral resources. In line with this, Colombia has significant natural resources that are critical to its economy, while its mining sector also contributes to the country’s government through corporate income tax and mining revenues.

Companies like Collective Mining Ltd. (TSXV:CNL, OTC Pink: CNLMF, Forum) are paving the way in regions in South America by way of identifying and exploring prospective mineral projects. Notably, the company currently has 100% interest in two projects in Colombia — Guayabales and San Antonio — of which it is responsible for discovering, permitting, and constructing gold mines in the country.

Both of the company’s projects are located in the Maramato district of the prolific Middle Cauca belt in west-central Colombia, which is one of the most underexplored mineral belts in the world. The region also has a deep history of gold mining that goes as far back as the pre-Colombian and colonial periods.

Born in April 2020, Collective Mining is led by the former management team of Continental Gold— a company that was acquired in a C$1.4 billion acquisition by Zijin Mining in March 2020.

Since its formation two years ago, Collective Mining has been busy in Colombia and presents itself as a unique investment opportunity. Case in point, the company has its team on the ground in Colombia, has experience in recognizing early-stage exploration projects that have world-class potential, and has the bragging rights of being responsible for discovering and building the largest gold mine in Colombia.

The company’s advantage in Colombia

In an interview with Stockhouse Editorial Ari Sussman, executive chairman of Collective Mining, said that while Colombia has a prolific mining industry, it is dominated by coal and hosts the largest open-pit coal mine in the world which Glencore owns. In other words, there has been little to no exploration for gold or copper in Colombia while there has been no activity in terms of exploration or mining for battery metals.

Sussman said that following Continental Gold’s acquisition, Collective Mining was then formed with one sole purpose: to identify and acquire grassroots early-stage projects in Colombia and target porphyry-style occurrences that could be enriched in copper, silver and gold.

He explained that when the team was with Continental Gold, it found a porphyry-related vein system that grew to over 11 million ounces in all resource categories. When the company first got involved with the deposit, the data presented at that point in time only demonstrated potential for between 500,000 and 1 million ounces of gold. Sussman said that the company’s expertise in Colombia gives Collective Mining a leg up because it also discovered the largest gold mine in the country and the largest gold deposit in Colombia.

“Companies really need to know how to operate in Colombia,” Sussman said. “It’s not a mature system yet with respect to mining-related entrepreneurship.” He added that because there isn’t the same level of marketing in Colombia in terms of showcasing what exploration properties it has for acquisition, companies need to go and identify prospective areas on their own, breathe life into them and generate enough ideas to build a project.

Sussman said doing so requires having a team that has knowledge of Colombia, its working conditions and having patience. “Collective Mining has that experience, and now we’re exploring Colombia again with fantastic early results under our belt.”

Similarly, he said that the company at the time had to “learn the importance” of environmental, social and governance (ESG) standards in Colombia 15 years ago — which is a set of standards that have risen in prominence for companies to become more socially and environmentally friendly — when there was little information or support behind it.

“To operate in Colombia, you need to put as much energy into educating and improving the local population as you do into the ground looking for gold, silver, copper, etc., “he said. “It’s an education process, it’s a time-consuming process, but if it is done correctly, it’s a very fruitful process.”

The Guayables project sits on a cluster of mineralized porphyry and porphyry-related targets that spans 14 square kilometers and is highly prospective for gold, silver, copper, and other associated base metals.

In 2021, an aggressive drilling program was initiated across targets within the project. Because roughly 75% of the area remains unexplored, Collective Mining is also simultaneously moving forward with detailed surface work including sampling and mapping to see what other targets the company might generate. As it currently stands, the company has three rigs deployed at the project with a fourth rig to begin turning in July.

The project also hosts multiple mineralization styles which are all related to porphyry systems, including high-grade gold, carbonate and base metal (CBM), polymetallic veins, hydrothermal breccias and of course, porphyry systems. Despite limited outcrop, gold, silver and base metal mineralization has been defined in all regions of exposure. Sussman said that the company’s flagship Guayabales project has unprecedented prospectivity and he has the drill results to back up this assertion.  To date, the company has drilled four grassroot-generated targets and the company is confident it has made a significant discovery on the first target named Olympus, having announced assay results most recently on May 9th.

In the press release, the company said that it had followed up on its 302 meters at 1.11 g/t gold equivalent discovery hole at the Olympus with a target with a second hole up to 150 meters away assaying 216.7 meters at 1.08 g/t gold equivalent. Although the first phase drill program at Olympus is now complete, the company said it expects to kick off its fourth rig through a phase 2 drilling program at the Olympus target shortly.

Interestingly, the company said that the phase 2 Olympus program will be drilled from underground with the first rig operating in July 2022 and an additional rig to be added before the end of Q3 2022. Sussman told Stockhouse Editorial that the upcoming underground drilling will be conducted from within the heart of the Olympus system where the highest-grade veins are known to be.

“It has the dimensions to potentially host a multi-million-ounce precious metal deposit and as a result, the company intends to be very aggressive in expanding on its early success at Olympus.”

The third target that Sussman said the company is “over the moon” excited about is the Apollo target but cautions that the discovery will only be validated if the first assay results confirm what the company’s geologists are seeing by logging the drill core.

“At Apollo, the company has drilled a porphyry-related breccia that appears to offer the potential for both grade and scale,” he said. “Through detailed core logging, we clearly see two distinct types of mineralization that overlap each other within the breccia. The first is the breccia itself which is enriched with pyrite and chalcopyrite while the second is overlapping porphyry veins which flood the breccia matrix in places and enrich the system with sphalerite and galena. From our knowledge of the mineralogy on the rest of the property, we expect that this new breccia discovery will contain gold, silver, and copper.”

“In summary, we are hopeful that Apollo will ultimately turn into a high-grade bulk tonnage deposit.  We look forward to receiving assay results from the first holes shortly,” he said.

Although the company has plenty of activity planned at the Guayabales project, it is also excited about its San Antonio project where it has already completed a 4,300-meter drill program. Notably, a significant discovery was made at the Pound target, which includes porphyry-related breccia and polymetallic veins.

Highlights from the project include:

“The Company’s ultimate goal is to find a higher-grade portion of the breccia with the hope of ultimately replicating the long intercepts achieved to date, but at a grade of 1 g/t gold  or more,” he said.

Ossma is also a former legal vice president for Continental Gold and was integral in its strategy towards licensing, building and putting the Buritica project, the largest gold mine in Colombia, into production. Before Continental God, Ossma served as legal vice president of Minas Paz Del Rio, S.A., which is a wholly-owned subsidiary of Votorantim Group, and legal manager of Eco Oro Minerals Corp.

Prior to his role with Collective Mining, Paul Begin was CFO of Continental Gold between May 2011 and March 2020. Begin has also served as CFO and corporate secretary for Hanfeng Evergreen Inc., and vice president and CO of Trilliant Incorporate.

Ari Sussman, executive chairman of the board

Ari Sussman has dedicated most of his career to the natural resource industry and has been instrumental in sourcing and funding high-quality mineral assets. Notably, he has raised more than $1 billion for various resource-focused companies.

Between 2010 and March 2020, Sussman was the founder, CEO and director of Continental Gold. Through his leadership, Continental Gold raised almost $1 billion and discovered over 11 million ounces of high-grade gold and silver at the Buritica project in Colombia, which is the most modern and largest operating gold mine in Colombia.

As of the time of this writing, Collective Mining has a share price of C$3.50, a market capitalization of $165.85 million, 47.39 million total shares and 40.44 million shares outstanding.

With an experienced leadership team that was the brains behind the discovery of Colombia’s largest gold mine, investors can guarantee that Collective Mining isn’t just all talk and no action when it comes to its deliverables.

In such a short amount of time Collective Mining has already drilled four targets at Guayabales and yielded two discoveries and one other potential discovery.

Although Colombia’s gold mining industry remains small, companies like Collective Mining are taking it by the horns.  Thanks to the company’s previous success under Continental Gold, there’s nowhere to go but up for this hidden gem.