The art of choosing what to do with your life 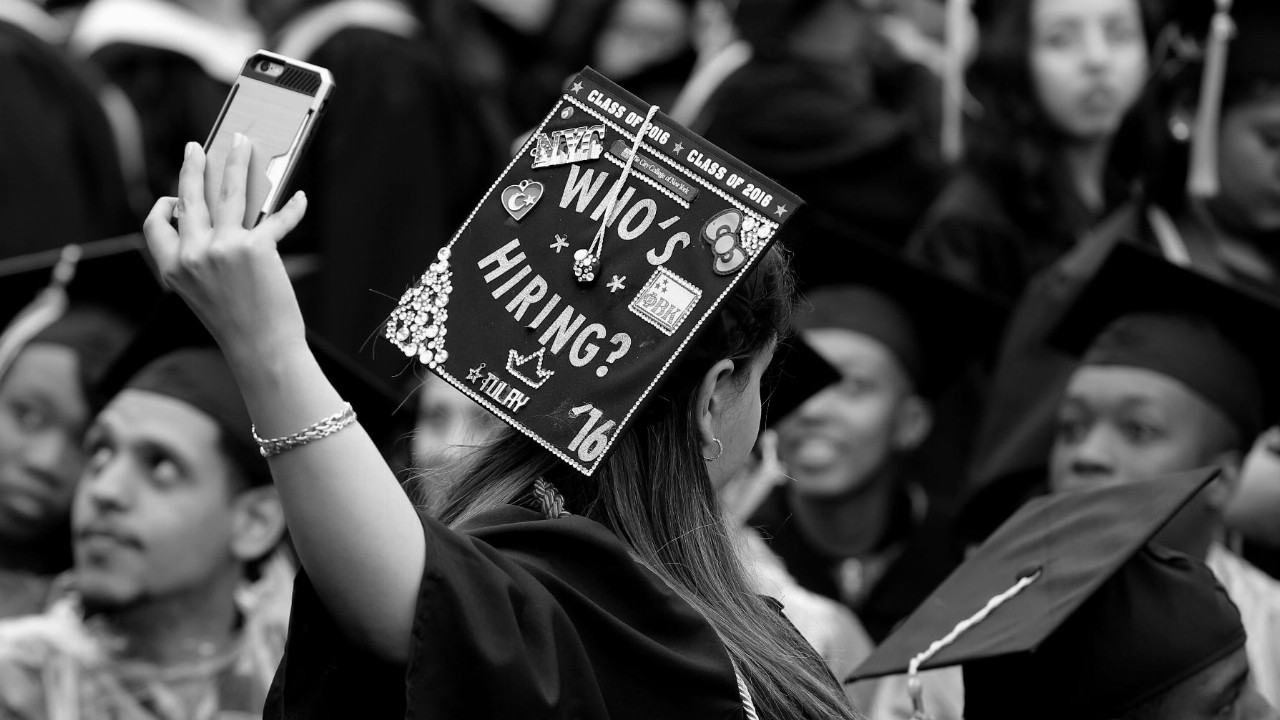 Our star student walks up to the lunch table with what seems like good news. The fellowship is now hers; next fall she will be off to teach English on the other side of the globe. She has trained her energies on this goal for many months and wants to accept it in grateful triumph. But her eyes are red and tired. She is not sure she wants the prize she has worked so hard to win.

Her adviser has just reassured her that this experience will “open doors.” She need not worry about where this is going — those who spend a few years in such fellowships emerge with plenty of choices. But that thought, which once compelled her, is beginning to leave her cold. What is the point of a life that is nothing more than an endless series of opportunities?

As her thoughts flit among the prospects to which this next step is supposed to lead, she seems less excited by the promise of so many adventures than exhausted by the thought of so many decisions. She wonders aloud whether she might just go back home and work in a coffee shop.

The thought is raised halfheartedly. It sounds more like a doubt about the step she is about to take than a choice she would seriously consider. It’s as though a life that rejects striving altogether is the only alternative she can imagine to a life of striving without purpose.

Colleges today often operate as machines for putting ever-proliferating opportunities before already privileged people. Our educational system focuses obsessively on helping students take the next step. But it does not give them adequate assistance in thinking about the substance of the lives toward which they are advancing. Many institutions today have forgotten that liberal education itself was meant to teach the art of choosing, to train the young to use reason to decide which endeavours merit the investment of their lives.

We spent many years teaching on a college campus, trying during office hours to help students struggling with their confusion. Eventually, we sought to address this problem systematically, by designing a course intended to introduce the young to the art of choosing. The syllabus begins with Plato’s “Gorgias” — a messy dialogue that turns on an argument between a browbeating Socrates and the ruffian Callicles over whether the pursuit of virtue or of pleasure is the way to a good life. The dialogue ends inconclusively; no one is satisfied. But with remarkable regularity, it awakens the kind of thinking that students need to better understand the choices that shape their lives.

Students’ first reaction to the “Gorgias” is incredulity, sometimes even horror. It is the dialogue’s premise that alarms them: the idea that we can seriously argue about what constitutes the human good. Everything in their education has led them to believe that such arguments cannot bear fruit.

“But happiness is subjective!” someone will exclaim, expecting to win over the room. We decline to affirm such assertions, which reliably astonishes the class. Our reticence is intended, in part, to dislodge our students from the idea that life’s purpose comes from some mysterious voice within. Once students are freed from this idea, they can consider the possibility that people can reason together about the best way to live.

Then we seek to create a conversation in our classroom that puts into practice this constructively countercultural way of thinking about happiness. We ask students to give reasons for their opinions on how best to live. With a bit of practice, one starts to hear the speech patterns of Socrates entering their conversations. They cease expecting their assertions to be showstoppers. They start asking one another questions. They begin lining up premises, making inferences and drawing conclusions.

These patterns of academic thinking soon penetrate their personal lives. To be asked to give reasons for one’s personal decisions is to entertain the possibility that such reasons exist. Thomas Aquinas, another author on our syllabus, calls the reason that is the orienting point of all your other reasons your “final end.” Those who discover that they have such final ends, and learn to assess them, see their way to the exit from the fun house of arbitrary decisions in which the young so often find themselves trapped.

For the number of final ends is not infinite. Aquinas usefully suggests that the ultimate objects of human longing can be sorted into only eight enduring categories. If we want to understand where we’re headed, we should ask ourselves these questions: Am I interested in this opportunity because it leads to wealth? Or am I aiming at praise and admiration? Do I want enduring glory? Or power — to “make an impact”? Is my goal to maximise my pleasures? Do I seek health? Do I seek some “good of the soul,” such as knowledge or virtue? Or is my ultimate longing to come face-to-face with the divine?

Most students find, to their surprise, that they can locate their desires on this old map. This does not leave students feeling constrained, as they have often been led to fear. It leaves them feeling empowered, like wanderers suddenly recognising the orienting features of a landscape.

Like any good map, Aquinas’s reasoned analysis of the human goods can tell us something about where we’re going before we get there. We start down the path to wealth, for example, because it is a universal means to almost any end. But wealth cannot be the final goal of life, for it gives satisfaction only when traded for something else. Admiration signals that people think we’re doing something well. But it is conferred by the often errant judgment of others and can lead you astray.

Most students are grateful to discover this art of choosing. Learning to reason about happiness awakens an “indwelling power in the soul,” as Socrates puts it, which is as delightful as discovering that one’s voice can be made to sing. Why, then, do liberal arts institutions rarely teach it? In some cases, faculty members are incentivised to emphasise specialised research rather than thinking about the good life. In others, they share the conviction that reason is merely an extension of the quest for dominance, or the Rousseauean belief that sentiment is a better guide to happiness than the mind.

Most fundamentally, though, the reigning model of liberal education — opening doors without helping us think about what lies beyond them — prevails because it reprises a successful modern formula. Agnosticism about human purposes, combined with the endless increase of means and opportunities, has proved to be a powerful organising principle for our political and economic life. It has helped create the remarkable peace, prosperity and liberty we have enjoyed for much of the modern age.

Modern liberty and modern anxiety are, however, two fruits of the same tree. As Alexis de Tocqueville noted long ago, people who have freedom and plenty but lack the art of choosing will be “restless in the midst of their prosperity.” Anxiety, depression and suicide — all of which are woefully familiar on college campuses — are the unhappy companions of the mobility and freedom modern societies prize.

This is why liberal democratic societies need universities to play the role of constructively countercultural institutions. At their best, such societies are aware of their own incompleteness and support institutions that push against their innate tendency toward moral agnosticism, and the disorientation and restless paralysis that it brings in its wake.

Colleges should self-consciously prioritise initiating students into a culture of rational reflection on how to live, and this intention should be evident in their mission statements, convocation addresses, faculty hiring and promotion, and curriculums. Doing so will hold them accountable for performing their proper work: helping young people learn to give reasons for the choices that shape their lives and to reflect about the ends they pursue. For that art of choosing is what their students most need — and what liberal education, rightly understood, was meant to impart.

Benjamin Storey and Jenna Silber Storey are senior fellows at the American Enterprise Institute and Research Professors at Furman University. They are the authors of “Why We Are Restless: On the Modern Quest for Contentment.” 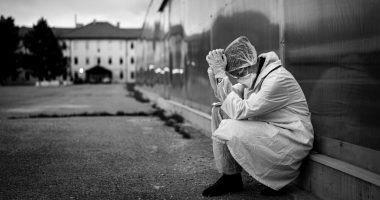 " We have reached peak ‘mental health’

A few months ago I received a referral for a new patient with a history of depression who’d made a serious suicide attempt. 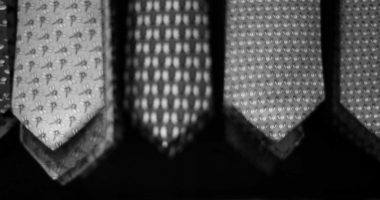 " The age of uncertainty for CEOs

The chief executives of some of Europe’s top companies are on the way out. 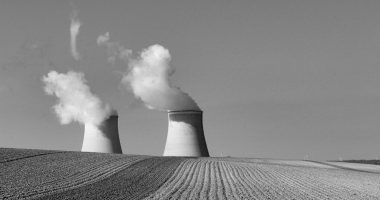 Whenever I write about the plummeting costs and growing capabilities of wind power, solar power and batteries, I’m usually met with a barrage 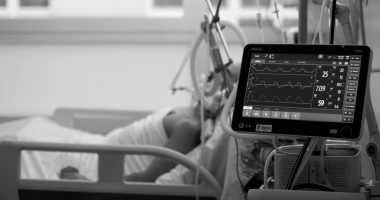 " What happens when the brain goes quiet, but the heart continues beating?

The headlines might make you think that Anne Heche died twice. First on a Friday, when the actress was declared brain-dead.