SWMBRD: The newest addition to the global aquatic sports and lifestyle brand community

Just when you thought the world of water sports couldn’t get a new competitor, SWMBRD is the newest addition to the global aquatic sports and lifestyle brand community. A local Vancouver company with a patented design has come up with a new board, sport, and brand, looking to launch in the Spring of 2023…

And today, I am joined by one of the company’s founders and VP, Gareth Schroenn.

Thank you so much for joining us today to tell us more about this new product.

TMH: First, we would love to hear about this new board and sport that SWMBRD has created and what exactly the consumers can get excited about?

GS: Well, SWMBRD has created a revolutionary new body board. So, everyone knows what a traditional body board is. It’s flat, and it’s great on waves, but you can’t really do much more with it. You can’t access the rivers and the lakes and that kind of stuff. We wanted a board that we could actually swim on. That’s why our board looks so different to a body board. It’s not flat anywhere. It’s not flat on top. It’s not flat on the bottom because we wanted to design a board that would support your core when you’re in the water. Once your core is supported, it frees up your arms and legs. Now you can do all the swim strokes, butterfly, freestyle, and breaststroke, and by using mid-length dive fins, it allows you to travel long distances. I go all around the lake or across English Bay, down the rivers, but you can also catch waves as well. So that’s basically what we’ve designed.

TMH: Now, this product is not yet available for retail. However, you had a recent trade show appearance, how did that go?

GS: Yeah, the boards are coming soon, in January, but we had our first outdoor recreation show, which was on Vancouver Island in Nanoose Bay, outside Parksville, and we were blown away. It was our first time getting to be on the ground face to face with the consumer for three straight days with our big screen TV and the videos playing, and I think we were one of the busiest booths in the whole show, so we probably had 600 people come through the booth. We made a lot of great friends, and the guys who run the RV companies want to talk about doing some sort of B2B stuff, the motorized vehicles, the boat guys, because they all see the relevance of that outdoor recreation person in their RV going to the lake because the board’s small. The board is only three foot two and 8.7 pounds. So, it’s really easy to bring with you and go places. We had a great, great show.

TMH: Going forward, what is going to be your trade show strategy?

GS: Well, a huge part of our business is building a new brand and a new sport. If you look at how paddleboards started out 15 years ago, no one knew what paddleboards were, and basically, people started trying it out, and it just kind of grew and grew. For us going to the trade shows is going to be a really, really important part of our company.  We have five shows lined up from February to March all across Canada, Montreal, Vancouver, Calgary, Toronto and then the big ones in Europe, ISPO, and then Surf Expo, that’s where all the big buyers like the Dick sports will be. So, we’re going to be in front of people all the time promoting this and showing our new brand and our new board sport.

TMH: You have completed field testing of the first two of the mass production ACE-TECH version of the SWMBRD board, can you take us through how that went?

GS:  That was a really big moment for us because obviously, my brothers and I were designing these boards in our garages in the beginning, trying to shape them and figure out how to make this thing work, and we had many, many failures. To be at the point now where we have the final board made by a factory in France, which is one of the best manufacturers in Europe for board sports. The board is a Styrofoam core, fibreglass and then a twin thermoformed sheet of plastic. It’s ultra-strong, ultra-light. It’s a very proud moment for us to be on the verge now of bringing this board into the world where people can buy it, use it, and start growing revenues and growing the company.

TMH: Earlier this year, you commenced Operations in Athens, Greece, and one of your co-founders and brother was there working to optimize the SWMBRD Experience and maximize rental revenues, he has since returned, but how did that experience go?

GS: Yeah, I’m not really sure how he was the one that got chosen to go and do that cause that seemed like a bit of a sweet job. We’ve actually had a presence in Greece for quite a few years now. Even before the pandemic, we were invited by the Greek lifeguards to be there with our pre-production boards and then we were there the season before last, filming all the content you see on our website. We’ve started to build a team of ambassadors there and have been building relationships with resorts and rental outlets. Matthew was there to keep building those relationships, and he was also creating a whole bunch of new content because we are going to be a highly content-driven company for TikTok and Instagram, and these things are important to keep spreading awareness. It was a really successful trip, and they’re looking forward to us coming back next year.

TMH: And is there anything else you would like to touch on before we wrap up today?

GS: Yeah, just building off the Greek trip and also the North American side because North America and Europe are a huge part of our focus, having spent a lot of money on intellectual property for those regions and others, but those are our two main focuses. So going forward, production boards are coming in January, then we want to start building on the trade shows that we discussed, and then we want to start building these little hubs, kind of like when Lululemon started on West Fourth. A small little pop-up store, having a place where people can come see the boards, go on free lessons and go on excursions, and start building communities in different places. So, the first one will be on Vancouver Island and Athens, a pop-up in Vancouver and then basically just spreading out using our social media and starting to build a community of swim borders and building a sport. So we’re looking forward to this next year a lot.

Thank you so much for joining us today, Gareth, I am very excited to try out one of your boards when they hit the market!

SWMBRD is trading on the CSE under the very fitting symbol, SWIM. You can also learn more at swmbrd.com That is SWMBRD. I’m Daniella Atkinson for The Market Herald. Thanks for watching. 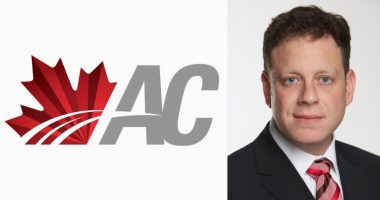 " AutoCanada (TSX:ACQ) extends and upsizes credit to $1.6B 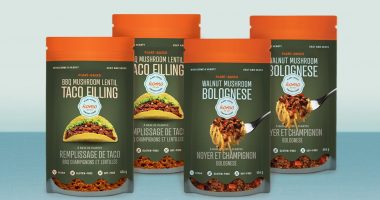 Komo (YUM) has more than doubled its retail distribution to 840 stores over the past three months. 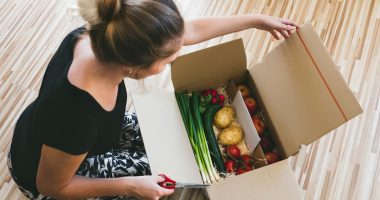