On the right side of the renewable & reliable energy market 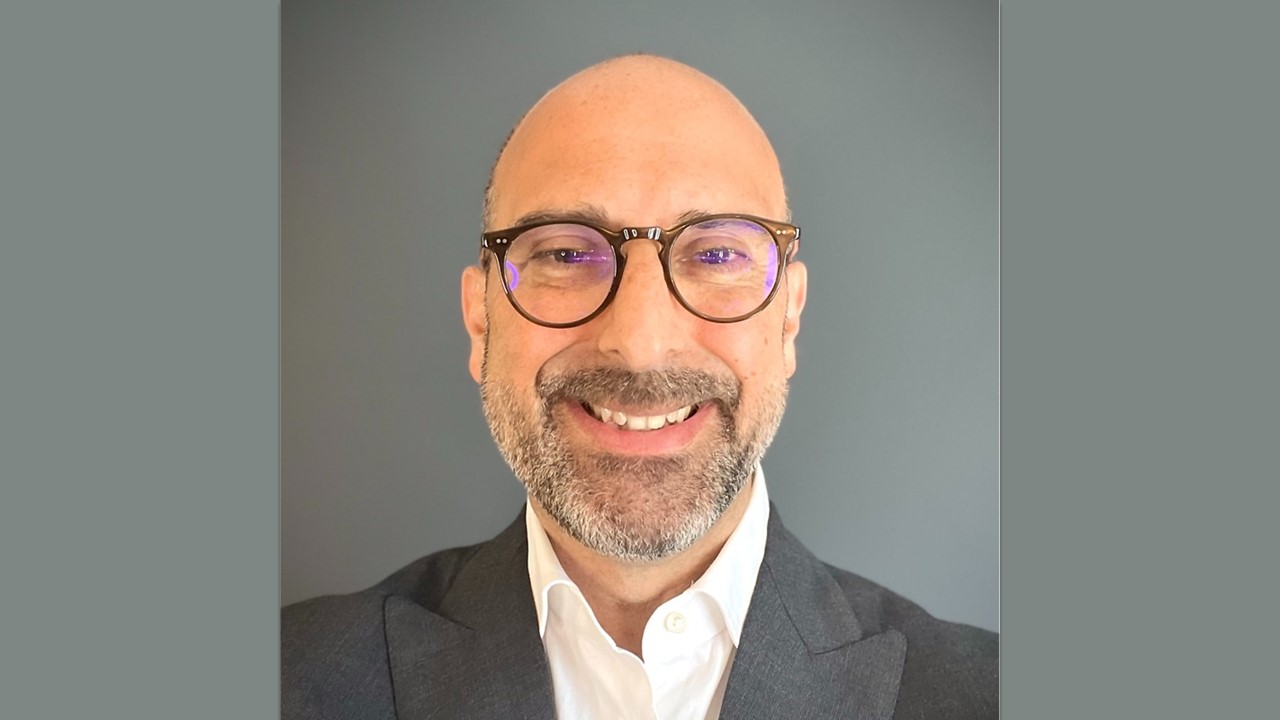 One of the most interesting investment opportunities gaining traction with traders is the combined heat and power (CHP) market. It sees energy from a single source located near the point of consumption that can use a variety of fuels to generate power at the point of use.

This is unique as it means that energy which would normally be lost in the generation, transmission, and distribution process can be recovered and utilized to provide heating and/or cooling.

Studies provide compelling background, indicating that North America’s CHP industry is projected to reach more than US$800 million. The market is expected to grow from an estimated US$26.6 billion to US$35.2 billion by 2026, at a CAGR of 5.8% globally.

Fuel cell-based cogeneration has exciting prospects for building applications, even at relatively low heat demand. This is due to their partial load behavior, which is entirely different compared to other micro-CHP technologies.

The advantages of MICRO-CHP vs the Tesla Powerwall:

In a media release on the company’s recent financial performance, Chief Executive Officer, Frank Carnevale stated that the company is diversifying its investments into more immediate revenue generating opportunities, such as its CHP assets and generator assets, and improving its ability to quickly bring its fuel cells to market.

“Investors want a more de-risked investment platform, and we’re on our way to delivering.”

In an interview with Market Herald editorial, Frank elaborated on how quickly hydrogen could transform the capital market landscape in the near future.

“You can have slow down from a recession, a pandemic; but the destruction of our planet, these things don’t slow down. Hydrogen is a big solution, getting to net zero is critical. If anything, it’s speeding up. So personally, what a great time to get involved in the hydrogen economy and what it can be.”

The Alkaline Fuel Cell is the most competitive and efficient fuel cell solution to fill the increasing consumer demand trend for clean energy.

The company is also developing fuel cell generators for off-grid and back-up power markets, commencing with a 4kW generator, followed by a 10kW generator. The fuel cells are expected to be integrated into larger configurations of 10 kW fuel cell stacks, which range in generator size from 10kW up to 100kW.

One of the most exciting facets to its business is the PWWR Flow Stream division. The company’s PWWR Flow CHP Division is active with revenue generating contracts and a pipeline of proposals. The systems are built for multi-residential and commercial applications and offer reduced air emissions compared to alternatives. It is cost effective at producing electricity and heating / cooling, while maintaining its connection to the grid for peak time use. It can also be designed to provide back-up power supply during power outages.

In mid-August 2022, the company filed its financial and operating results for the three and six-month periods ended June 30, 2022. AFCP realized significant progress and advancements during Q2 2022.

In April 2022 the company acquired the CHP assets and project pipeline, previously known as AI Renewable, which served to expand the AFCP portfolio and diversify its offerings. This acquisition and its subsequent success has served as one of AFCP’s top milestones this year so far, and is already generating recurring revenue.

Today, the CHP division is known as PWWR Flow Streams, and it uses a clean and/or renewable single fuel energy technology to generate both electricity and heat. PWWR Flow assets deliver efficiency improvements of over 20% with reduced costs to customers in multi-residential and commercial applications. AFCP’s CHP brand in Canada has also contracted existing CHP assets in Toronto and has an additional pipeline of potential contracts valued at over $50 million currently in development.

Among these contracts, the company announced on August 16, 2022 that PWWR Flow would be advancing a CHP project of approximately $2.2 million in capital for a condominium in mid-town Toronto, Canada. This CHP Project is expected to generate more than $16 million in total revenue for PWWR Flow over a 25-year Energy Service Agreement (ESA) timeframe. It would produce electricity and heat on a 24/7 basis for the baseload of the condominium. The electricity produced will be sold to the Condo Corp at up to 20% discount to the market price that the Condo Corp would otherwise pay to their local electricity distribution company, which brings them significant savings. The heat produced will be sold at the price equivalent to the condominium’s current heating cost. It is a high-efficiency CHP system with estimated annual efficiency of approximately 75%.

In a media release on this news for investors, CEO Carnevale stated that the PWWR Flow brand is positioned to deliver more immediate revenue and contribute to earnings for the company as a complement to its longer-term, hydrogen-powered alkaline fuel cells.

“We are actively moving through our $50 million sales pipeline of CHP projects, and we have already begun discussions to grow beyond it.”

The company forecasts that this project will reach commercial operation in about a year. CEO Carnevale indicated that this is just one of many projects planned by AFCP.

It is anticipated that, when all of the potential PWWR Flow CHP systems are in commercial operation, gross revenue could be up to approximately $16.61 million, potential EBITDA could be up to $7.68 million and potential net income up to $1.64 million.

The company is supplementing its 4kW CHP fuel cell development by advancing development of a range of fuel cell generators that target more immediate revenue opportunities.

The company is developing fuel cell generators of varying power output capacities to satisfy off-grid and back-up generator markets, including fuel cell configurations with an expected stacked range between 10kW and 100kW systems.

The company plans to collaborate with businesses in the market to gain access to assembly, sales, marketing, and maintenance capabilities for customers, to target systems that include:

“By leveraging our existing staff and resources in Belgium and Czech Republic, we anticipate being able to generate revenue earlier by selling our fuel cells into the burgeoning generator market.”

Looking out to the rest of the year and beyond, AFCP is working to diversify and strengthen its portfolio of assets. The company has identified numerous targets and goals that the team can realize across multiple lines of the business.

On top of enhancing its relatively stable revenue stream, the company is advancing its future-forward vision to commercialize this advanced hydrogen fuel cell technology to meet the massive global market need.

The company is working to enhance its financial flexibility by exploring opportunities to leverage flow-through shares to minimize equity requirements for the ongoing development and advancement of CHP projects. In addition, the company wants to source and secure working capital for strategic acquisitions and growth capital.

AFCP looks forward to the continued growth of its PWWR Flow stream division and is expanding its asset installation base to leverage ongoing revenue and earnings generated as it continues to develop $50 million worth of projects in its pipeline over the next 5 years.

Core to its business, the company is also progressing the commercialization of Fuel Cell Power NV and aiming to achieve its next critical milestone on the path to realizing a fully functioning 4kW fuel cell CHP prototype in the coming quarter.

The company will accelerate and ramp up efforts to bring fuel cells to market globally and develop and implement strategies to establish large-scale and cost-effective fuel cell manufacturing capabilities. The team is also nurturing strategic partnerships for the piloting and deployment of fuel cells in North America.

Speaking with the Market Herald’s editorial team, CEO Carnevale elaborated on what drew him to Alkaline Fuel Cell Power Corp.

“I’ve worked on both sides of the electric meter. I’ve worked the grid side of the meter, including gas companies, electric companies and their acquisitions, mergers, and business models, all the way down to the customer side of the meter from energy efficiency, supply, and renewable energy from waste. Expanding on that is the energy efficiency of the delivery behind the meter.  Over the course of 25 years, I’ve had a number of roles and mandates, all of which have culminated in my ability to deploy a fuel cell.

Frank said that his experience gained from these companies and roles allowed him to fully understand the opportunity that lies with Alkaline Fuel Cell Power Corp.

“This is how we’re now going to take our market share. It is just a great culmination, even working with municipalities, knowing what motivates governments and politicians as well as the average person. Having that customer element, and combining it with the industry element of how they have to make their money and deploy their capital gives us a true leg up. You understand the workings of the industry and where you think you can generate revenue from it. We are excited to take advantage of the realities of the energy transition for average people, thus our tagline: power to the people!”

He is joined by Chief Operating Officer, Jo Verstappen, who has vast experience in production methodology, organization, and business development for new products. His experience is vital to structuring the company and personnel, as well as ensuring the company will have a sizeable footprint in the hydrogen market.

The company’s Chief Financial Officer, Joel Dumaresq has 30 years of experience in the financial sector. For the last 12 years, he has been the Managing Director of the Vancouver-based private equity firm, Matrix Partners Inc. His executive management experience in the oil and gas sector ranges from the United Kingdom, East Africa and Asia. He has been instrumental in raising more than US$100 million for oil and gas ventures from public markets and industry farm-downs. He has extensive expertise in mergers and acquisitions and previously worked in a financial and investment banking role with RBC Dominion Securities. He is also the Corporate Secretary, CFO and a Director of AFCP.

In addition, Carnevale has recently brought on Carmine Marcello, former CEO of Hydro One Inc., as an Advisor to AFCP. Hydro One has a market cap of over $20 billion and over $23 billion in assets. He served in numerous executive roles from 2003, including Asset Management and Strategy and Planning.

Customer-centric behind-the-meter clean technologies, whether natural gas driven combustion engines or alkaline fuel cells, look like a win for the every-day consumers since they can be deployed quickly and cost-effectively. AFCP’s drive to deliver affordable, renewable and reliable energy assets to customers through the global energy transition to a carbon neutral economy, has the differentiators to gain their market share of delivering Power to the People.

With these factors combined, AFCP can expect a supportive environment to continue deploying its PWWR Flow systems to customers across North America. This would provide a stable revenue stream for the company while the team continues to develop its advanced hydrogen fuel cell technology and bring ‘PWWR to the People’.

For more on the AFCP, visit fuelcellpower.com.