Northstar Gold Corp. (NSG) has completed the first half of the Phase II drill program on the company’s 100%-owned Miller Gold Property.

Preliminary observations and initial results from two samples submitted for gold analysis from drill hole MG21-56, located 40m north-northwest of previous drill hole MG20-47 (1.2 g/t Au over 107.3m between 4.7m and 112.0m along the western flank of the Allied Syenite) (Figure 1) include abundant visible gold and tellurides in a near-surface quartz vein between 14.1m to 14.2m within the first sample grading 193 g/t Au over 0.6m from 14.0m to 14.6m in the Vein 2 zone.  Vein 2 was encountered in drill hole MG21-56 between approximately 13m and 24m depth (9 metres true width) with abundant quartz stringers and pyrite.

The 2 samples with abundant visible gold and tellurides, along with 5 others containing traces of visible gold or telluride mineralization from drill hole MG21-56 have been submitted for follow-up metallic screen analysis. The assays reported are gravimetric.  The core from the new holes that intersected Veins 2 and 3 have been sampled in their entirety, submitted for Fire Assay and will be reported when results become available.

“While we won’t know the full implications of these intercepts until all assay results are received, our hope is that these reported high grades occur within confirmed broader intervals that will ultimately be as good or better than last year’s results from nearby holes MG20-47 (1.2 g/t Au over 107.3m) and MG20-49 (1.4 g/t Au over 118.5m).  This would provide further confirmation that the bulk-tonnage gold potential of the Allied Syenite Gold Zone has been significantly expanded in terms of size and scope.”

Collectively referred to as the Allied Syenite Gold Zone, drill hole MG20-47 intersected an average grade of 1.17 g/t Au over 107.3 metres between 4.7 m and 112 m. Additional drill results assays are expected to be available in May.

The intersection of these two deformation zones and their proximity to higher grade gold intercepts may reflect a process of secondary gold enrichment of pre-existing shallow dipping quartz veins at the Miller Gold Property. The abundant cross fracturing along the line of intersection possibly created a zone of enhanced permeability with subsequent introduction of gold, bismuth and tellurium bearing magmatic hydrothermal fluids along a geothermal gradient extending to depth. These newly defined structures could potentially be important controls on gold mineralization on the Property.

All drill core has been logged with samples assayed for gold by AGAT Laboratories in Mississauga, Ontario. Metallic screening will be performed on 16 samples from holes MG21-55 and MG21-56 associated with core intervals hosting coarse visible gold or gold tellurides.  Assay results are pending for all drill holes completed to date.

Northstar has implemented a quality control program for its Miller Gold Property to ensure best practice in the sampling and analysis of the drill core, which includes the insertion of blanks, duplicates, and certified standards into the sample stream. NQ-sized drill core is saw cut with half of the drill core sampled at intervals based on geological criteria including lithology, visual mineralization, and alteration. The remaining half of the core is stored on-site at Earlton, Ontario.

Drill core samples are submitted to AGAT Laboratories Timmins, Ontario facility for sample preparation and forwarding to AGAT Laboratories Mississauga Ontario for analyses. Gold analyses are obtained via industry standard fire assay with atomic absorption finish using 50 g aliquots. For samples returning greater than 10 g/t gold follow-up fire assay analysis with a gravimetric finish is completed. Based on initial fire assay gold indications as well as visual indication of mineralization and alteration, intervals are selected for re-assay by the screen metallic fire assay method. Samples are also analysed for 48 trace and major elements by ICP-MS following a four-acid digestion. AGAT Laboratories are ISO/IEC 17025:2017 accredited (Lab No. 665) for the preparation and analyses performed on the Miller Gold samples.

Northstar Gold Corp. is an early-stage natural resource company engaged primarily in the acquisition, exploration and, if warranted, development of mineral properties. 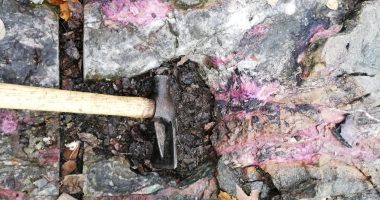 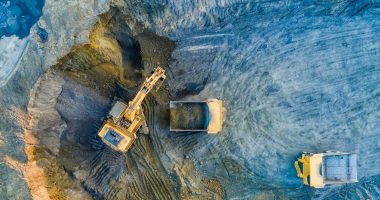 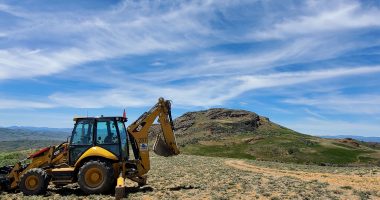