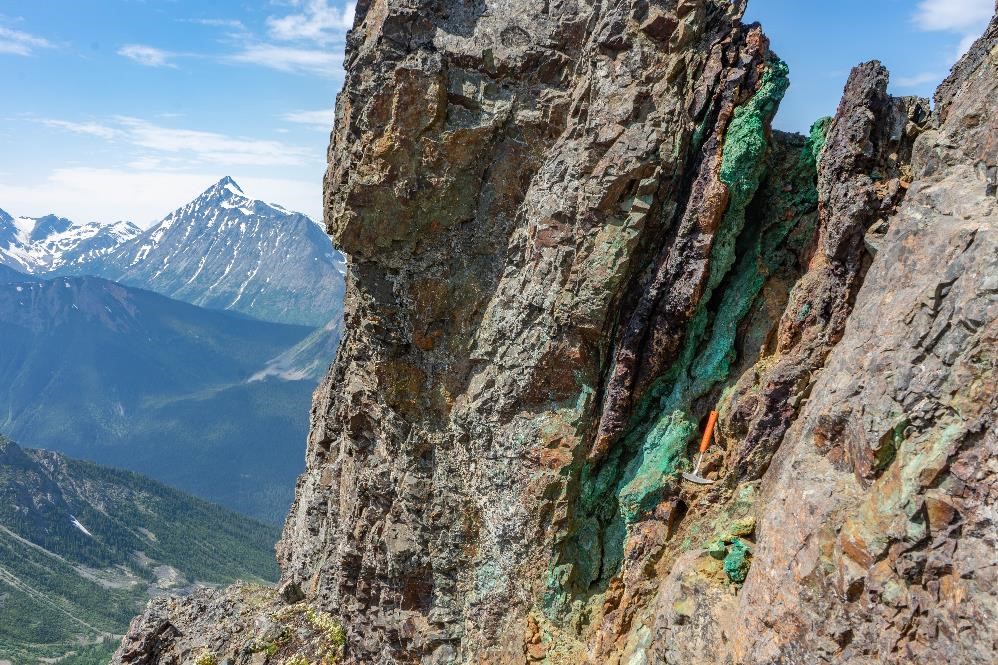 Telegraph spans 289 sq. km in the traditional territory of the Tahltan First Nations near four porphyry deposits being advanced by major mining companies.

The company identified two compelling anomalies which correlate well with geological and geophysical results where the property has seen minimal prior work.

The eastern 3DIP anomaly contains anomalous soil geochemistry with values up to 2 per cent copper and 1,905 ppb gold in soil.

Crews also collected soil samples along portions of the 3DIP grid which were not covered by historic soil sampling. Results are pending.

“The geophysical anomalies are consistent with the district-scale picture that is emerging of a large area prospective for hosting porphyry systems, with possibly multiple mineralized centers,” stated Lawrence Roulston, Mountain Boy’s CEO. “The recent geophysical survey is another step in a systematic approach to exploring this extensive geological system.”

Other targets at Telegraph

Mountain Boy examined an 8-km area of gossan referred to as the Strata Mountain Gossan northeast of the Dok Target. It interprets the area to be the peripheral expression of a hydrothermal system, which prompted the extension of the property to fully encompass the area. Assays and other analytical results are pending.

The Chuckster Occurrence, located between the Dok and Yeti targets, assayed 0.29 per cent copper and 136 g/t gold during a government-led program. Mountain Boy geologists followed up on the occurrence and the surrounding area, discovering numerous mineralized showings with chalcopyrite. Sample results are pending.

The company is reviewing recent and historic results to determine optimal targets and outline its next steps.