Marvel Biosciences (MRVL) has launched a program to identify and develop agents that promote neuroplasticity without the risks or side effects of psychedelics.

Psychedelics are being researched including ketamine, LSD, DMT and psilocybin.

Marvel has identified a series of compounds inspired by known psychedelic molecules that appear to be effective as anti-depressants in preclinical testing.

The compounds were given for seven days, and preliminary evidence found multiple molecules with the same core structure capable of reducing depressive symptoms measured in the widely accepted “forced swim test”.

Rod Matheson, CEO of Marvel, said the new program has the potential to treat a span of different neurodegenerative disorders such as ALS, Alzheimer’s and Parkinson’s disease.

“This program is in addition to our current development program of our caffeine inspired lead compound asset MB-204 being developed for neurological conditions…MB-204 is in the manufacturing development phase and advancing well towards the clinic,” he said.

Some features of the first class of molecules Marvel has developed include that it is fast-acting, orally available, water-soluble, no sign of hallucinations and significantly better results than Prozac.

“We need to further characterize and expand upon the first set of hits we have identified…We are strong advocates for the use of psychedelic treatments to address mental health issues, yet it is critical that they are put through rigorous testing to ensure efficacy and safety for patients,” he said. 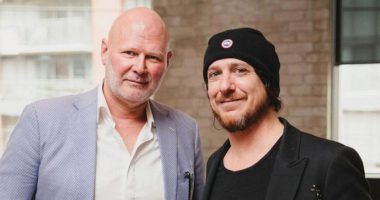 Psyched Wellness (PSYC) announced that the Amanita Muscaria mushroom has been added to the Natural Health Products Ingredients Database (NHPID) of Canada.
X