The property is located in the prolific Sierra Madre precious metals belt of Mexico.

An additional four diamond drill holes have been completed for a total of 320.7 metres, bringing the total reported to date to 2,234.6 metres in 17 holes.

Thomas Atkins, President and CEO of Mammoth Resources, sat down with Sabrina Cuthbert to discuss the recent drill results.

“We keep intersecting some impressive intervals in our drilling. Both extensive interval lengths, as evidenced by nearly 90 metres grading almost 0.5 grams per tonne gold equivalent in gold and silver in hole TEN 21-16 in the Carneritos area, plus some higher-grade intersections of over a gram per tonne gold equivalent over shorter interval lengths, in these and other holes among those reported in this press release. The interval lengths, gold grades, and taking into account they’re intersecting predominantly oxidized rock over large target areas, these characteristics all continue to favour a bulk, open pit mining and heap leach gold extraction operation, which is what we’d hoped for from this drilling.”

He went on to add,

“The success of this drilling is enabling Mammoth to block off areas hundreds of metres up to over a kilometre in size via significant step-outs from sparse historical drilling. Grades in this drilling are comparable to multi-million-ounce deposits currently being mined or under development by major mining companies in the same district as Mammoth’s Tenoriba project, in Mexico. Even though we’re often drilling with step-outs of up to a couple of hundred to as much as 700 metres from any prior drilling, we’re intersecting potentially economical open pit, heap leach, gold-silver mineralization, occasionally with copper, in almost 90 percent of the holes we’re drilling; an exceptional success rate.”

Toronto-based Mammoth Resources Corp is a precious metal mineral exploration company focused on acquiring and defining precious metal resources in Mexico and other attractive mining-friendly jurisdictions in the Americas. 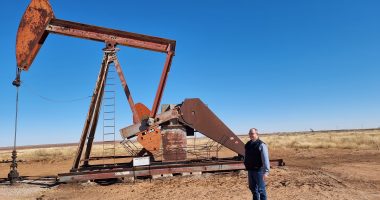 Markets on both sides of the border couldn’t extend their rally from the previous session on Thursday, however inflation appears to be cooling