CEO Miriam Tuerk co-founded Clear Blue out of a drive to bring electricity and telecommunications infrastructure to the planet’s roughly 3.8B unconnected or inadequately connected. To that end, the company developed the world’s first smart off-grid technology, which grants access to electricity where there is minimal or no access to traditional electrical grids.

While electrical grids do a reliable job of serving as communities’ master power sources, they are incredibly costly, as well as economically unfeasible where people live far apart from one another.

This is where off-grid power comes in. Harnessing renewable solar, wind and hybrid energy, which can be installed in any location, as well as cloud computing and AI for efficient management, Clear Blue’s off-grid tech represents a cheaper, reliable way to power and connect the world.

Clear Blue’s value proposition lies in its wireless capabilities, evolving the energy industry away from cables just like telecommunications experienced a generation ago.

Its flagship device, the battery-based Nano Grid, is a portable all-in-one solution for solar and hybrid power for telecommunications infrastructure.

It also offers the Illumient solar street light, as well as its newest invention, the Pico Grid, a solar power system specifically for WiFi and IoT applications.

These devices pave the way for a future where lighting, mobile connections and the Internet of Things can operate at radically reduced cost compared to pole-based legacy systems.

Clear Blue employs its Illumience cloud computing system to manage its devices remotely over the internet, which saves time and ongoing maintenance costs. Users can benefit from its 24/7 monitoring features, including:

Illumience also manages the Clear Blue Controller, which allows users to choose what kind of power to draw from their device, whether solar, wind, the grid, or a hybrid selection when one source proves insufficient.

The controller further optimizes usage by managing each power source independently. For example, users can enable over-capacity for solar panels on cloudy days, while minimizing their usage when the power isn’t needed.

Best of all, the controller’s power sources require no expertise to install and can be tested online through 14 real-time meters, democratizing access to electricity and telecommunications as the world grows ever more intricately linked.

Clear Blue already manages over 9,000 of its devices in 37 countries from its control centre in Toronto. This breaks down into 85 per cent in Africa and the Middle East, 10 per cent in the U.S. and 5 per cent in Canada.

When it comes to the bottom line, Clear Blue is focused on building relationships in key markets to ensure future profitability. The task of bringing light and connectivity to 3.8B is a long-term one and the company is preparing itself through continual investments in sales, R&D, new verticals and business development.

Tuerk believes the company is putting in the groundwork on its path toward billions in revenue, lining up multiple multi-year contracts – which we’ll examine in the final section – that will gradually enhance its presence in Emerging Markets as ESG considerations become the norm.

To offer some perspective, Clear Blue has grown from occupying 0.1 per cent of its current addressable market in 2019 to occupying 0.93 per cent in 2021. That market represented US$607M as of 2021.

In terms of its total addressable market, global spending on telecom
tower rollouts will be over US$4.47B in 2022, growing to US$5.25B in 2025 (Mordor Intelligence).

Add to that Clear Blue’s nascent lighting vertical, which brought in C$1.26M in revenue in 2021 and C$1.56M in 2020, and it’s easy to understand the company’s global appeal and growing footprint.

As per its Q4 2021 results, Clear Blue remains on an encouraging trend:

The picture here is one of growth as Clear Blue plants roots in Africa and the Middle East as they catch up to the developed world. As we’ll examine in the next section, the company’s investment thesis – that there’s opportunity in serving as the backbone to industrialization – is likely to remain a compelling one for decades, especially when one notes that most global market cap-weighted portfolios allocate less than 10 per cent to emerging markets.

Africa represents Clear Blue’s largest market opportunity with well over a billion people unconnected. Sub-Saharan Africa’s working population alone is expected to more than double by 2050, with unique smartphone connections, for perspective, expected to almost double to 678M by 2025.

To meet this demand, over US$52B will be invested in Sub-Saharan African telecom infrastructure over the next three years with operator revenue reaching US$48.7B. To that end, Clear Blue has lined up a number of promising contracts in its development pipeline.

Within the next three-to-five years, the partnership expects to deliver coverage to up to 400M people that currently cannot access mobile broadband services.

Clear Blue signed an agreement with NuRAN Wireless to power an estimated minimum of 1,333 telecom sites in the Democratic Republic of the Congo. The contract has an initial estimated value between C$8M and C$10M in revenue until 2024.

As per the MOU, the company will provide a minimum of 300 off-grid, remote power systems for satellite and cell phone services in four African countries to be ordered by the end of Q1 2023.

The contract has an estimated five-year value of C$3M with the first 30 systems shipping in Q1 2022.

The agreement establishes Clear Blue as GCES’s preferred power provider until March 2, 2027. It will deliver approximately 120 Nano Grid systems in 2022 beginning in Q2 with the remaining systems spread across the following four years.

As these projects begin their gradual rollout, Clear Blue is well-positioned to benefit as Africa’s youthful population matures and demands the improvements in efficiency and productivity reliable energy and telecommunications services can provide.

By 2024, Sub-Saharan Africa will reach 1B total mobile connections, with mobile services expected to add approximately US$184B of economic value to the region as entrepreneurs become a part of global capitalism, enjoy access to more fairly priced goods, and offer their customers more immediate service.

As far as this year goes, Clear Blue is targeting a conservative minimum of C$10M in revenue with gross margins of 30-35 per cent. The numbers are in line with a company well aware of its startup status and lumpy revenue on its way to closing the gap left by traditional electricity’s capital-intensive nature.

Disruption does not occur overnight, but it is clearly happening, as mission-critical infrastructure turns more and more toward renewable energy to ensure our descendants a decent life. In the meantime, it will take more companies like Clear Blue to live on the utility industry’s frontier and show the most entrenched players the way. 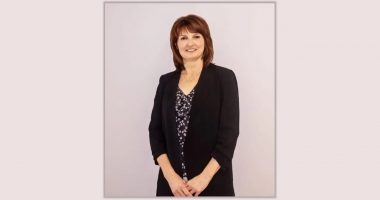 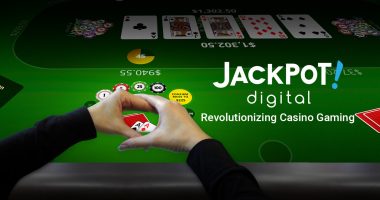 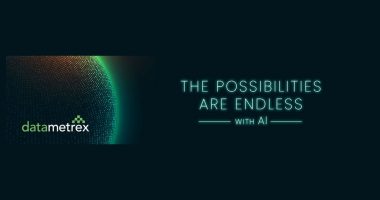 POET (PTK) has partnered with LuxshareTech, a global technology provider for enterprise and data-communications.