The hydrogen market is a busy one, but investors looking for emerging opportunities still have a number of intriguing options, such as the green ammonia space.

Green ammonia is produced from green hydrogen, which is made from the electrolysis of water through renewable electricity. This process emits zero carbon. Hydrogen is very volatile and hard to move, but ammonia is the perfect carrier of hydrogen.

Given that there are not yet a lot of players in the arena, the few that work here have a lock on something that will likely become crucial in just a few years’ time.

The company is active in all facets of green ammonia technology, including the production of green fertilizers, carbon-free shipping fuel, and the ‘cracking’, or moving of green hydrogen as ammonia. Based in Toronto, the company operates a research and manufacturing facility in Southeast Michigan.

As everyone looks to a green future with hydrogen, green ammonia represents a key component. AmmPower’s Independent Ammonia Making Machine (IAMM) is the catalyst that would get us to this future.

The IAMM unit creates high-purity anhydrous ammonia from only water and air. By creating green ammonia and bringing it closer to the end user, the company is also creating market stability as it shifts the cost driver from natural gas to renewable electricity and makes ammonia production more profitable.

These units are primed and ready for sale. In an interview with the Market Herald, the company’s President, Rene Bharti, explained that interested parties are out to use this technology to make four tons of green ammonia per day to make green fertilizer (without reliance on natural gas or any CO2 emissions).

“If you’re going to store hydrogen or move it short or long distances, you need to keep it safe and economical. That’s where ammonia comes in, and that’s how the whole idea and concept of AmmPower came, was to try to embed ourselves into a green hydrogen world, but do it through the use case of green ammonia.”

The IAMM unit is transformational for the industry as it stops the traditional methodologies of making fertilizer (massive ammonia plants that spit out tons of CO2, then ship it to a middleman who then ships it to a farmer).

“We have these units that can do four tons a day, so farmers can come right to a co-op and pick up enough fertilizer for their season or however long they want,” he said. “Not only does it give them green fertilizer with no CO2 used to make it, but it also eliminates all the transportation costs of moving the fertilizer around from place A to place B.”

As the company shifts into revenue mode, this would be the first green fertilizer unit sold that can do this level of tonnage daily, into a typical co-op where a farmer would come and get their fertilizer.

Fertilizer isn’t the only practical use of green ammonia, and the team added that other industries have reached out, which was a surprise to receive such inquiries representing the wide range of potential applications that green ammonia can be used for.

While the company’s marketing behind the IAMM unit was structured to focus on agriculture, inquiries have been rolling in from other industries. Ammonia is also used as a refrigerant, it is used in semiconductors, cosmetics, and others.

An added bonus for investors and consumers:

Take note: Anyone who purchases and uses this unit is eligible for an inflation reduction tax rebate for a $500 per ton tax credit.

The IAMM unit is completely independent of that. Its cost is dependent on renewable electricity, which is trending downward.

“These fertilized units were profitable before, but after that (tax bill) passed, they became extremely profitable,” Bharti said. “Anyone that uses our fertilizer units is eligible for a $500 per ton tax credit on the ammonia produced. They become very big cash cows quickly.”

The immediate docket for the company is selling its first wave of IAMM units, which paves the way for more sales coming down the pipeline throughout next year. This brings in revenues and validates the technology. The more orders that come in, the closer the units will come to being mass-manufactured, potentially keeping some of that ammonia produced, as it is very lucrative in its own right.

As for the EV industry, it is a matter of how soon and when these global mandates will open the door for widespread demand.

Bharti explained that from a commercial standpoint, getting clients into activities that require that technology, the company needed to access ports early. This means providing shipping fuel, and having functional fertilized units in the field (next year). This is the work the company is doing to ensure it is first to market.

“Where I see going in 10 years, I bet you they’ll still be some gas-powered cars driving around, but there’ll be a lot more cars using batteries and or hydrogen as a fuel.”

Those hydrogen stations will require the use of green ammonia to move the hydrogen and to store it at those stations. Ammonia will be a critical part of all of this.

Initially a lithium miner, AmmPower’s story starts roughly four years ago when Bharti had been taking stock of industry news, painting a picture of a future of electric vehicles powered by the hydrogen economy.

“I had enough of a background to understand that you couldn’t really feasibly move hydrogen around too easily,” he said. “That’s how I got into the green ammonia space as the mover of hydrogen. But then I quickly learned that ammonia is also amazing for fertilizer. It’s used around the world for fertilizer already. Then thought, hey, why not make green fertilizer? The team said, ‘yes, that actually makes sense’ … and started doing that, and then we were approached by some shipping companies who said they were getting some pressure on green ammonia fuel.”

With the idea of being the biggest green ammonia company in the world, the company then signed a letter of intent with a port in Brazil to help create an ammonia plant.

“They are huge projects, and they are going to happen because shipping is going to switch to ammonia as the green fuel of choice, but we thought in the near term, these fertilizer units, we can make them and sell them quickly and have revenue,” he explained. “We would be one of the few green companies that are actually making revenues next year. So we have the longer-term projects, which is shipping fuel.

We have the fertilizer, which is near-term revenue, which we think is really going to be the company maker for the next 24 months.”

He pointed to the company’s team of a dozen very qualified scientists in the green space, noting that it isn’t very easy to find people that have PhDs in some form of renewable energy.

“We are one of a handful, if not maybe one of the only companies that are actually producing green ammonia right now. We have a team in Michigan that’s making green ammonia. We have a 50 kilogram per day prototype that’s working.” He noted. “We have patents submitted. So, you know, it’s not something we started six months ago trying to catch up to make green ammonia. We’ve been at this for well over two years with a really good team.”

Investors in “the green market” have a lot of options: From solar panels, green hydrogen, and green ammonia to biofuels, but the team at Ammpower has created something real, and it is ready for sale.

This is one of the few companies primed for revenue in a space that is growing more and more each quarter.

These net zero carbon emission standards that are being established worldwide will mean even more demand for hydrogen, and this is a prime solution to get it moving.

This company is looking at near-term revenue and has a product that is ready for launch. With all of these factors, combined with its undervalued market cap, points to an opportunity that any investor would be wise to continue deeper due diligence on and see where this operation goes.

AmmPower Corp. could be a challenging story to benchmark right now because there are not a lot of industry comparables out there for an investor to measure their work, but this is also the benefit.

When looking at a first mover like this, the $20 million market cap is the hook. AmmPower could potentially be earning much more in revenue by next year. This positions the stock as seriously undervalued, especially when considering the inflation reduction tax credit, which makes all of its products inherently much more profitable. Bharti even noted that there are other carbon and green credits the company is applying for and are applicable to this technology.

“We are trying to approach like the existing market right now being fertilizer and also just being prepared for, for these new upcoming industries like the shipping and cracking with the hydrogen.” 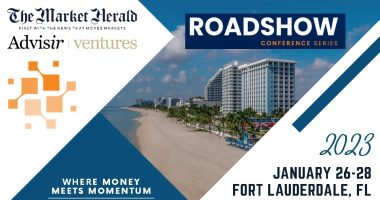 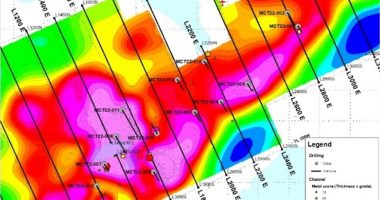 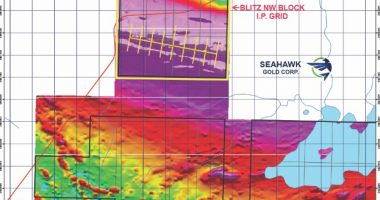