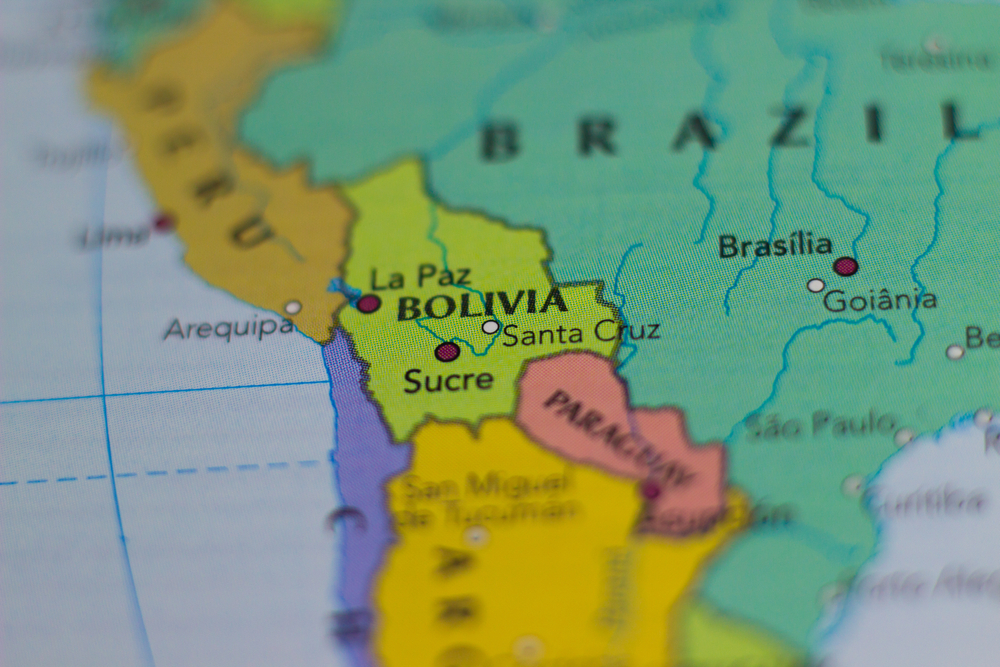 It’s no secret that Latin American countries such as Mexico, Peru, Brazil and Argentina dominate the region in terms of gold mining. Similarly, Mexico and Peru are also among the global leaders when it comes to gold production, but one of Latin America’s best-kept secrets is Bolivia’s rise in dominance in the space.

Case in point, the central South American country produced 4.52 metric tons of gold in 2021, representing a 61 percent increase from the previous year. Although the country reached its decade peak in 2012 with roughly 7,000 tons produced, gold mining in Bolivia is ripe with mineral potential — which means companies will be chomping at the bit to get into the country in no time.

The company is currently focusing energy on the Golden Hill Property, located in the underexplored, orogenic Bolivia Shield, in which Mantaro holds an option to acquire up to 80% interest.

In line with this, at the beginning of April, the company entered into a 5,000-meter diamond drill contract for the Golden Hill property — which is now underway — and will focus on three high-priority drill targets at La Escarcha, Gaby and Brownfields where veins between 1 to 5 meters in width have been reported.

As Mantaro Precious Metals gears up its activities at the Golden Hill Property, Craig Hairfield, newly-appointed CEO of the company, told Stockhouse Editorial the region is one of the best areas to explore for other deposits given it has never been explored previously but previous mining activity suggests high potential for discoveries.

The focus in Bolivia and South America

When asked about the company’s interest in Bolivia, Hairfield told Stockhouse Editorial that the country’s mineral industry has seen little foreign investment over the last decade or so and missed the last commodity cycle but explained that the momentum could be shifting back towards opportunities again.

“There has been very little foreign investment and mining activity in [Bolivia] over the last 10 years,” Hairfield explained. “There are some hints the government is looking to … develop the mining industry further.”

He added that there is also a fairly significant informal mining community that wants to see more foreign investments from companies like Mantaro that have funding and the expertise to come in and help develop their projects to international standards.

“[Bolivia] is a great destination for discovery of new projects because it’s been lacking in investment and attention over the past 15 years,” he said. “It’s very under explored from a geological perspective, so there’s a lot of opportunity there for a company like ours.”

In line with this, Hairfield said that Mantaro Precious Metals is an “early mover” in Bolivia but added that the company isn’t the only one exploring the country. “We’re starting to see other Canadian companies move in and look for projects as well, so we’re seeing a lot of good momentum.”

When it comes to South America as a whole, Hairfield said the company stands out from its peers in the space thanks to its expertise, connections and knowledge in South America, and particularly Bolivia.

“[Mantaro Precious Metals] is earning into a majority-ownership joint venture structure for the Golden Hill project in Bolivia, so we are well-aligned with a local group that has been operating for many years and has good standing with the communities, government and has a good track record,” he said.

Thanks to the company’s long-standing expertise in South America — and Bolivia in particular — Mantaro Precious Metals is in a strong position to advance its Golden Hill Property.

Golden Hill is made up of one fully permitted concession that spans 6,000 hectares across the Bolivian Pre-Cambrian shield. The property is located on a crustal-scale structure that also hosts at least six other significant gold occurrences and deposits that are close to several different lithologies including meta-volcanics with abundant iron-rich ferromagnesian minerals.

To date, there have been four major gold mineralized zones that have been identified across over 4km strike length by surface oxide mining, historical trench sampling and mapping.  As it currently stands, historical drilling information is limited to the La Escarcha Pit area with roughly 1,620 meters completed between eight historical diamond drill holes. These highlights include intercepts of 13.5 meters at 7.1 g/6 Au and 2.6 meters at 17 g/t Au, while over 3.5 km of the gold mineralized system remains to be drill tested. (note these historical drill results have not been verified and should not be relied upon)

With its option to earn up to an 80% interest in the Golden Hill Property, Mantaro Precious Metals has now entered into an up-to-5,000-meter diamond drill contract at the property.

“The drill program will primarily test some of the high-potential targets we have on the Golden Hill property,” Hairfield said. “We’re initially going to focus on some of the known mining areas where there was an underground mine, and there are a couple of other known surface workings that we’re going to test and drill because they’ve never been tested or drilled before.”

Hairfield added that this year alone, the company’s geologists have tested and found new potential veins across its 6,000-hectare concession.

“We’re going to be focusing on these high priority targets and hopefully come out with some good results that show these deposits have potential.”

The drill program, which officially began on May 19, will first focus on drilling a wide range of veins within the high-grade Escarcha Gold Mine where the veins are up to five meters wide and have a significant amount of visible gold — which sets up for promising results moving forward. Case in point, the company’s team has preciously reported that gold grades have increased downwards from surface to the 60-meter level, which was under limited development. Now, most of the gold looks to be free hosted in fractures within quartz and pyrite.

To help advance the program at the Golden Hill Property, Hairfield has joined the team in Bolivia while drilling gets underway.

“Over the last couple of months, our team has worked tirelessly to prepare the site for ongoing drilling activities and to accurately map the numerous veins in La Escarcha. We eagerly await assay results from this maiden diamond drill program,” he said.

What’s next for Mantaro Precious Metals

As Mantaro Precious Metals focuses its efforts on the Golden Hill Property, Hairfield said investors can keep their eyes open for news related to this drill program in the near term. That being said, he added that the company will likely shift some focus, once the drill program is completed, back to its Santas Gloria Project in Peru.

The Santas Gloria Project, which is located roughly 55 km to the east of Lima, Peru comprises three concessions totalling 1,100 hectares with silver as the main target commodity.

“[Mantaro is] evaluating, potentially, doing a drill program there in the coming months,” Hairfield said, adding that the company has been progressing the permitting process in the region which is dependent on good relations with the communities. As such, he said the company is getting “very close” to having all of the necessary permits in place to get the green light to begin drilling at that project.

Hairfield was appointed as CEO of Mantaro Precious Metals at the beginning of April. Hairfield is an accomplished mining engineer with over 17 years of global experience working with private and publicly traded mineral resource companies, working as a mining engineer, private equity investor and M&A advisor.

Between 2011 and 2018, Hairfield evaluated and executed investment opportunities for Resource Capital Funds, which is a leading natural resource-focused private equity fund. Hairfield also has extensive international experience in financing and developing mining projects in a wide range of commodities.

Hantlemann also has experience in database management, design and implementation of Best Practice and QA/QC protocol, exploration project design and management and integration of geological, geochemical and geophysical data into 3D models.

Chris Wilson is a commercially driven and innovative exploration geologist with over 30 years of global experience in area selection, prospect generation, target generation and the design and management of large resource definition drilling and pre-feasibility programs.

Additionally, Wilson has worked in over 75 countries across a wide range of commodities and deposit styles. Wilson has specialist experience with vein systems, including low to intermediate sulphidation epithermal Au-Ag-base metal types. Wilson also has extensive project review and target generation experience with the ability to integrate complex multi-disciplinary datasets and rapidly identifying and testing high value targets.

As of the time of this writing, Mantaro Precious Metals has a market capitalization of C$9.31 million and share price of $0.15, with 61.5 million shares outstanding.

With a low market cap and share price, Mantaro Precious Metals presents itself as a competitively valued investment opportunity thanks to its experienced board and senior management team, who are well versed in South America and, particularly, Bolivia.

In line with this, the company is already ahead of the curve in Bolivia with its high-grade gold deposit with historical underground development.

Now that Mantaro Precious Metals is officially moving forward with its drilling program in Bolivia, investors will want to keep their eyes on the company as it is in a strong position to discover and advance underexplored projects in Bolivia.

FULL DISCLOSURE: This is a sponsored produced by Stockhouse Publishing.