Once upon a time, natural gas was viewed by investors as ‘the poor cousin’ in fossil fuel energy markets.

Oil exploration (and oil fields) was the sexy opportunity. Natural gas, even in robust formations, was often considered to be little more than a throw-in.

Market fundamentals played a big part in that thinking. While market pundits and industry end-users were warning about “peak oil”, natural gas was viewed as extremely abundant.

Oil exploration and oil production remain an investor focus. Arguably, however, fundamentals for natural gas at present are even stronger than those of the oil industry – especially with respect to natural gas supplies to the EU.

The rising (and wildly fluctuating) recent prices for natural gas illustrate the radical change in fundamentals.

Trillion Energy Inc (CSE:TCF/OTC:TRLEF) is a rising natural gas producer with a large, strategically-located natural gas field under development. More on this later.

As a direct consequence of Russia’s war with Ukraine, most EU nations have cut themselves off from most Russian supply of natural gas via economic sanctions that the EU has imposed on Russia.

The headlines that have flowed from these sanctions present a stark picture.

Adding an exclamation point to the explosion in natural gas prices (especially for EU customers), the European Union was already experiencing sticker shock with natural gas prices even before cutting itself off from Russian supplies.

The EU has been trying to replace some of this lost supply via increased imports of liquid natural gas (LNG), primarily from the United States. However, LNG doesn’t come close to meeting Europe’s needs, either in terms of the quantities available or the (sky-high) prices for this LNG.

What the EU needs is:

While its corporate headquarters is based in Vancouver, Canada, Trillion’s oil & gas operations are based in Bulgaria and Turkiye.

Most of the recent investor focus on this Company has been with respect to the low-risk potential of its SASB Project: development of its 49% interest in a large natural gas field in the Turkish waters of the Black Sea.

Investors looking for an informed perspective on the potential of this 17-well natural gas development project are in luck. New guidance on Trillion Energy and its South Akcakoca (SASB) Gas Project has just emerged.

On November 14, 2022, Research Capital Corporation put out an update on its coverage of Trillion Energy.

Research Capital oil and gas analyst Bill Newman is maintaining its “buy” rating for Trillion and its target price of C$1.35 (Trillion is currently trading at C$0.49). This is “based on a 3.0 x multiple of [their] 2024F debt-adjusted cash flow”.

Probably more interesting to investors, though, are Research Capital’s recent observations about the development of South Akcakoca.

The recently drilled South Akçakoca 2 well has been placed on production at an initial rate of 3.0 MMcf/d. Management continues to monitor the well and expects to gradually increase the production rate over time.

South Akcakoca 2 went into production ahead of schedule. The next well, Akcakoca-3, is already slated to be brought onto production next week, as the well that recently was cleared and readied for perforation:

TCF also announced an update on the recompletion operations of the Akçakoca 3 well. Fishing operations successfully recovered over 600 kgs of old wireline cable from the well. TCF also milled out the old packer, which was pushed down into the well below the deepest perforation interval. The well is now cleared, and TCF expects to complete the well, including ~34 metres of unperforated gas pay. Operations are expected to be completed this week….

Research Capital also stepped back to look at the Big Picture in its recent update. In addressing “risks” for investors, the analyst examined commodity prices, jurisdiction, and production concentration, as well as (potential) political, financial and exchange rate risks.

Research Capital analyst Bill Newman’s opinion continues to be a “buy” on the stock with a CAD$1.35 price target for Trillion Energy Inc.

Parallel to this, resource investors are going to be looking for investment opportunities in public companies with strong exposure to natural gas – and the ultra-tight EU market.

The Company raised $42 million earlier this year to ramp up a 17-well natural gas development in the ultra-high-priced European Market. Below is a map of the planned development, including drilling targets, pipelines and facilities:

The South Akcakoca gas field (“SASB”) in Turkiye ticks all the boxes in terms of what the EU is looking for with new supplies of natural gas. That makes Trillion Energy’s 49% interest in this near-term natural gas development project an attractive prospect for the portfolios of investors interested in exposure to the European natural gas energy space. 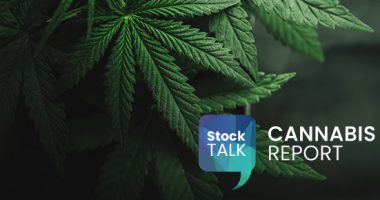 Aleafia Health (TSX:AH) has completed the TSX delisting review and has satisfied the Toronto Stock Exchange’s requirements for continued listing. 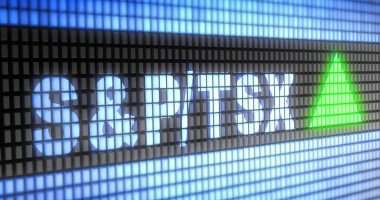 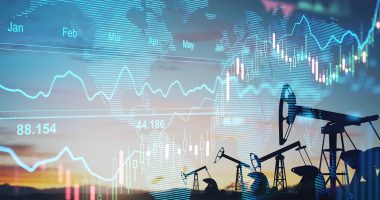