Hearing the Voice over the noise 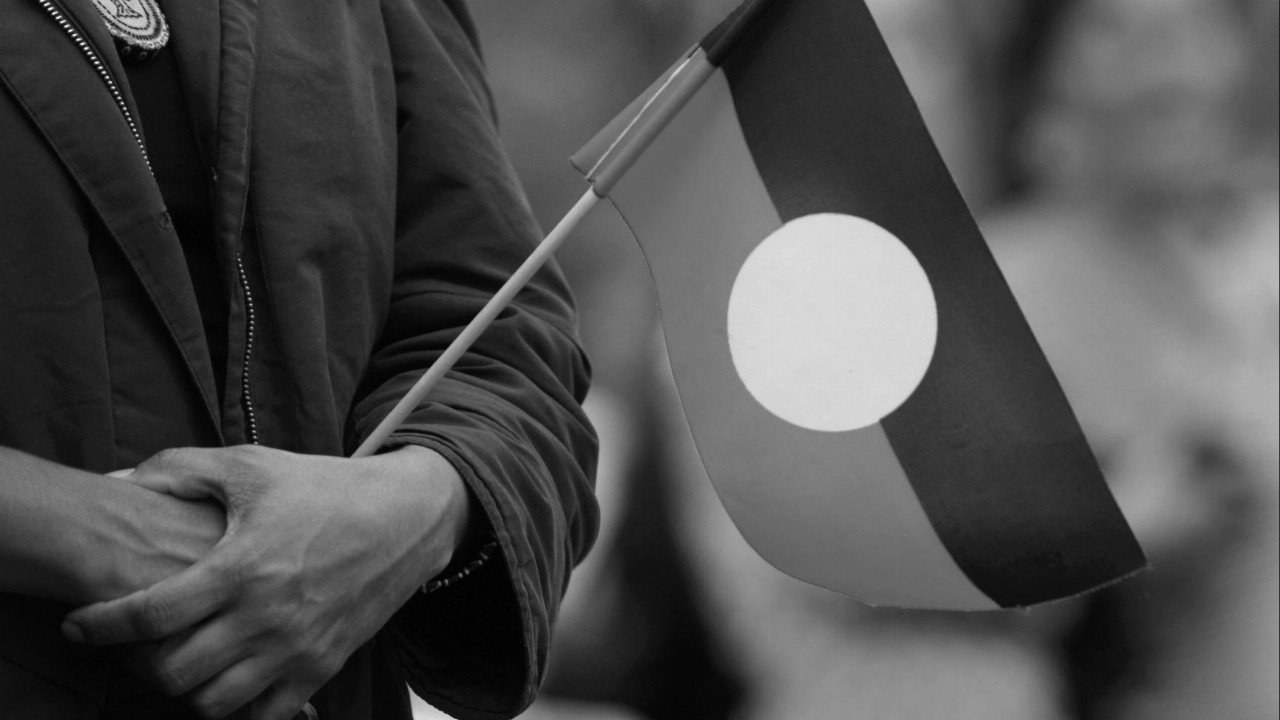 Almost from the moment Anthony Albanese used his election night victory speech to reiterate his commitment to the Uluru Statement from the Heart, Australians have been warned of a looming threat to a successful referendum on an Indigenous Voice to Parliament.

“I’m not so much worried about the Liberals; it’s more the Greens,” incoming Labor Member for Lingiari Marion Scrymgour told The Australian two days after the election. “While they say they are friends of Indigenous people, they’re not really because they just want to run their outrageous agendas all the time.”

This ostensibly paradoxical view was repeated by a variety of pundits over the following months, coming to resemble the sort of conventional wisdom that’s such a specialty of Australia’s centrist political class. Admittedly, they were given plenty of ammunition by Victorian Greens Senator Lidia Thorpe, who stirred the pot by labelling a referendum “a waste of money” and insisting that truth-telling and treaty should come before the Voice. But they were also blinkered by an over-emphasis on the persuasive capacity of politicians, with voters implicitly seen as mindless automatons who obediently follow the instructions of their preferred party.

Think about it for a moment. Even if Thorpe continues to cause confusion around the Greens’ position on the Voice, do we really believe that significant numbers of Greens supporters will vote “No” in a referendum? The 2022 Australian Election Study found that Greens voters are by far the strongest proponents of Indigenous constitutional recognition — 93 per cent are supportive or strongly supportive. The notion that Thorpe’s views will do much to change this is unpersuasive.

Towards the other end of the political spectrum, Liberal-National Coalition voters come to the issue with a high degree of scepticism, or outright hostility — 31 per cent oppose or strongly oppose recognition (compared with 20 per cent for all voters). And, as we have seen with the National Party’s formally declared opposition and the Liberal Party’s deliberate attempts to sow confusion, their scepticism is being encouraged and amplified by their parliamentary representatives.

“It does not and will not take much to mobilise antipathy against Aboriginal people, and conjure the worst imaginings about us and the recognition we seek,” said Noel Pearson in his recent Boyer Lectures. Right-wing antipathy towards recognition has already mobilised, and is a far greater threat to the Voice than Lidia Thorpe and the Greens. It is therefore vital for Voice proponents to understand the ideological and organisational origins of this hostility.

Presently, the most significant point of contention around the Voice proposition relates to the supposed lack of detail. Opposition Leader Peter Dutton recently ramped up this angle, shedding crocodile tears about the prime minister “damaging reconciliation efforts” and ensuring “a dangerous and divisive debate grounded in hearsay and misinformation,” as he simultaneously dog-whistled to racists by demanding answers to questions that have already been answered.

Dutton has been under pressure from his right-wing constituency to declare his position on the Voice, particularly since the Nationals announced their opposition in November. This surprising announcement has been widely linked to the influence of Northern Territory Senator Jacinta Nampijinpa Price, who is adamantly opposed to the Voice.

Price is associated with the Centre for Independent Studies, a Sydney-based neoliberal think tank, as is her fellow No campaigner Nyunggai Warren Mundine. Noel Pearson, who has previously praised the CIS for its contributions to Indigenous affairs, responded to the Nationals’ announcement by accusing the think tank, and its Melbourne-based counterpart the Institute of Public Affairs, of a deliberate strategy to “find a blackfella to punch down on other blackfellas.”

Whether true or not, Pearson was gesturing towards an important point that is sometimes lost in the media’s focus on prominent parliamentarians — the Coalition draws upon a range of overlapping institutions for its strategies and ideas, and the Voice is no exception. These organisations may work to moderate or radicalise the Coalition, but the latter is far more common.

At the gentler end, we have constitutional lawyer Greg Craven, who has previously worked with Pearson to find a form of recognition that will satisfy constitutional conservatives like himself. However, Craven recently wrote that the Voice “has entered the slow, long death dive of Australian referendums” because of the Albanese Government’s refusal to provide more detail.

Craven was a co-founder of the Samuel Griffith Society, which was established in 1992 to defend the Australian Constitution “against all who would attempt to undermine it.” Though its primary concern was the centralisation of power in Canberra, the group was also furiously opposed to the High Court’s Mabo judgment, which its leading figure, John Stone, dismissed as “a fit of self-indulgent remorse [that] overturned two centuries of settled Australian property law.”

Other participants in the Voice debate with strong ties to the Samuel Griffith Society include its former conference convenor Julian Leeser, Shadow Attorney-General and Shadow Minister for Indigenous Australians, and its current president Ian Callinan, former Justice of the High Court. Like Craven, Leeser is a nominal supporter of the Voice, but he has threatened to withdraw his support unless the government provides more detail. Callinan is opposed to the Voice based on the legal risks he envisions flowing from its establishment.

Meanwhile, Stone remains as hostile to Indigenous rights and recognition as ever, urging Dutton to “open your shoulders and heave that Voice over the square-leg boundary.” Stone’s antagonism is reflective of his involvement in another small right-wing advocacy group, the Bennelong Society. Founded in 2000 by the circle around Quadrant magazine, and disbanded in 2011, this group of assimilationists sought to overturn the post-1960s liberal consensus on Indigenous affairs, which they saw as disastrously favouring separatism over integration.

The defining characteristic of the Bennelong Society’s approach to Indigenous affairs was its utter contempt for First Peoples and their culture. Former Labor MP Gary Johns — who is also associated with the IPA and CIS — asked if Aboriginal culture is “no more than people behaving badly, a result of blighted environments, poor incentives, awful history, and an historic culture best relegated to museums and occasional ceremonies?”

When the Howard Government launched the draconian NT “Intervention” in 2007 on the contentious grounds of protecting Indigenous children from sexual abuse, the Bennelong Society backed it to the hilt. The focus on dysfunction and abuse in remote communities — which many argue was cynically exaggerated to provide justification for the Intervention — is deeply engrained in Peter Dutton, who seems incapable of discussing Indigenous affairs without mentioning these issues.

The Bennelong Society also played an indirect role in Jacinta Price’s rise to political prominence. Her mother, Bess Nungarrayi Price, was awarded the Bennelong Medal for her “forthright defence” of the Intervention, after which she developed a media profile and served a term in the NT Parliament. The end of her political career in 2016 roughly coincided with her daughter’s emergence as an outspoken conservative Indigenous voice from Central Australia, and their political views are closely aligned.

Voice advocates could hardly have been more moderate in the way they have expressed their desire for a new relationship between Indigenous and non-Indigenous Australians based on peace and unity. But conservatives such as those described above continue to stoke fears about separatism and the break-up of the Australian nation. They are merely repeating the same talking points used for decades in response to every Indigenous claim for land, justice and equality. It is tiresome, but it can be dishearteningly effective in stalling reforms aimed at achieving self-determination for First Peoples.

The Voice campaign remains outwardly optimistic about its prospects, but the headwinds are getting stronger. It is not a lack of detail, or the Greens, that will derail this referendum, but the deliberate lies being spread by a noisy right-wing minority that continues to feel enmity towards the First Australians.

Dominic Kelly is an Adjunct Research Fellow in the Department of Politics, Media and Philosophy at La Trobe University. He is the author of “Political Troglodytes and Economic Lunatics: The Hard Right in Australia” (La Trobe University Press, 2019).