Gran Tierra Energy: Focused on oil and gas production in Colombia and Ecuador

Gran Tierra Energy is an international company currently focused on the development and exploration of oil and gas assets in Colombia and Ecuador.

With access to established infrastructure and the ability to get products to the global market, the company is completing meaningful exploration drilling on its land portfolio, consisting of 1.6 million acres. Gran Tierra is committed to creating long-term value and delivering on its environmental, social, and governance commitments.

We caught up with the company’s CEO, Gary Guidry, to give us an update on recent operations.

TMH: Let’s start by giving our audience an overview of Gran Tierra and update us on your operational advancements this year.

GG: The update is we are very active in development programs at several of our big oil fields. Our biggest field is the Acordionero field in the Middle Magdalena Valley, Central Colombia. We also have two water floods ongoing in the Northern Putumayo Basin and a fourth water flood going on in the Southern Putumayo Basin. Those are active water floods, we’re injecting well over a hundred thousand barrels of water per day to enhance recovery in those fields. We’re also actively drilling in both the Acordionero field and the Costayaco field. We had some very good, predictable results this year and what it’s telling us is we’ll continue that effort. We’re trying to drive our ultimate recovery in those fields higher and higher. One of the other things that we’ve done, that we’re quite excited about, is we’ve started a polymer injection pilot in the Acordionero field that could add substantial reserves to the ultimate recovery of that field.

It’s well-known technology. It’s used all over North America. It’s also used in Colombia and some of the fields that the national oil company, Ecopetrol, uses. We’re quite excited that we’ve started our pilot, and if it’s as successful as we think it is going to be, we’ll expand that over the next couple of years. Then finally, we resumed after the pause during COVID. We used that pause to look at our portfolio and rank that portfolio. We were able to target our exploration program as we resumed this year, and we’ve had some exciting success so far. We’ve drilled five wells, four of those wells we’ve cased, and we’re testing, and it is quite exciting to have success in the exploration when you have as much land as we have and as many ultimate follow-on prospects. It’s not just the discoveries that we’re seeing this year but what it’s opening up and the adjacent lands.

TMH: With production ramping up a lot this year, how have your 2022 financial results been so far?

GG: Very good. Oil prices have been strong for the industry. We’ve been able to use that money to strengthen our balance sheet, pay down debt, but also reinvest it. That’s really the key to success for oil and gas companies is to replace the reserves you’re producing but also expand those reserves through exploration and, just as importantly, as I mentioned, enhance recovery of what you actually have. That’s been a help for us, coming out of the volatility over the last couple of years. The one thing that also strengthens our balance sheet is we’ve paid a lot of attention to our cost structure, our operating costs we’ve kept low, but also our investment capital, drilling wells cheaper and cheaper even in an inflationary environment. Being able to do things faster and more efficiently has helped us offset the increases in tangible goods, like tubulars and pumps, and all the facilities that go along with each of these wells.

TMH: You have begun buying back some of your bonds in the open market, how have the markets responded?

GG: There are two things that we’re doing – we started buying back our 2025 bonds using excess cash that we’re not deploying on some of the enhancements, the exploration. We’ve been buying back bonds at about a 15% discount, 85 cents on the dollar, and retiring that debt onto our balance sheet. That is, for us, a straightforward reduction of debt going forward and, again, strengthening our balance sheet. The other thing that we’ve been doing is we’ve started buying back our shares. We trade very close to our proven reserve level. We’re quite confident, not only in our probable but also our possible reserves that are out there, and at those deep discounts and assuming just a forward curve, we’re quite confident that we’re returning maximum value to shareholders by buying back shares. We intend, now that we’re out of a blackout, we’ve issued our financial results, and we’ll resume buying back shares through the end of the year.

TMH: And lastly, is there anything else you would like to inform investors before we finish today?

GG: The last thing I would like to inform investors that I did not mention. I mentioned a couple of the exploration discoveries. Of those four, two are in Ecuador. We’re quite enthusiastic about the lands and the extension of the Putumayo Basin into Ecuador. We’re starting to allocate more capital. We’re looking at our program for next year, some exciting exploration – it’s as predicted. We have a huge seismic database. We’ve had a couple of years to analyze that and prioritize that. Our forward programs are to continue doing what we’re doing in Colombia, but also, with the discoveries that we’re having, we will be appraising and developing those fields as we have discoveries. It’s a very exciting time for us. Strong balance sheet and lots of places to invest capital to return to shareholders.

Gran Tierra Energy is trading on the TSX under the symbol GTE, as well as on the NYSE and LSE under the same ticker. You can follow the company by visiting grantierra.com. 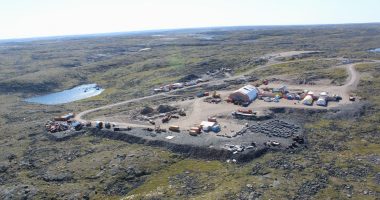