Continuing to mine, they have around two kilometres of underground development completed so far, and today I have the pleasure of speaking with the company CEO and Executive Director, Mario Stifano, about 2022 and what lies ahead for the company

TMH: It was a very successful year for Galantas on the exploration front. Can you summarize some of your best drill results to date from your current drill program?

MS: Well, Galantas has been really active in drilling since we got involved about a year and a half ago, and we’ve probably hit some of the better high-grade gold intercepts for an underground mine. Some of the holes we drilled at Joshua, for example, was 13 meters of 17 gram. We drilled at the Kearney vein, seven meters of over 30 grams and almost five meters of 30 grams. So we’ve been consistently hitting some really high-grade intercepts at our project in Northern Ireland called Omagh. Still, what’s really interesting is we think we’ve identified what we’re calling dilation zones. It’s just really areas where you had some tension that opened up the ground to allow the fluids to come in, and what we’re starting to see now are higher grades and wider widths, which is quite well for an increased resource as well as for mining which, which we’re looking to progress.

TMH: You announced that these results will be integrated into your updated resource estimate expected in 2023. What can investors look forward to in this resource estimate, and do you see it impacting your mine plan?

MS: Well, we’ve had 9,000 meters drilled since the 2014 resource, so you can see quite quickly it’s a very old resource, and that resource never incorporated what we are now seeing are these dilation zones. I’m not a geologist, so it’s hard to say what the independent qualified person will come up with as a resource. Still, we’re quite hopeful that it will be more ounces than we’ve identified and keep in mind this is just a first resource with adding another 9,000 meters, but this deposit is wide open to depth and along strike. So the Kearney vein has only been drilled to about 300 meters, and the Joshua Vein has only been drilled to about 200-meter depth, and in between now, we’re going to start drilling what we’re calling the curve vein. We think there’s potential for a vein set to be in between both of those veins, and if proven true, then we could add a lot of ounces very quickly to this resource.

TMH: In addition to the drill results, how has the project developed toward production throughout 2022?

MS: Yep. Every mining project is very difficult, as I’m sure many of your viewers are quite aware. We’ve had hiccups like everyone else. Much of it had to do with restoring and rehabilitating the old mine, and getting the secondary egress in place, which was required before we could start producing, but now we’re progressing. You would’ve seen we just raised another $800,000 so that we can continue to ramp up production in 2023. So we’re pretty excited in terms of what 2023 is going to bode for our shareholders, and we’ve got a great shareholder base. Some of the best shareholders, I think of any mining company from Eric Sprott to Melquart to Ocean Partners to Mike Gentile, to Ross Speedy, they’re all significant shareholders here because we all have a vision that this could potentially be one of the higher grade larger deposits found in some time and that shouldn’t surprise anyone because just 20 kilometres away from us is one of the biggest deposits founded in some time with, which is Dalradian. They’ve got when they were born in 2018 with 6 million ounces at 13 grams, we believe that resource is probably a lot bigger. Just showing that we’re in a world-class district here.

TMH: What challenges did you face at Galantas this year, and how did you overcome them?

MS: Well, for us, it’s really around ramping up production and getting ourselves focused on bringing a team in place to do this, and that’s been a huge challenge in our industry in general. I’m sure you’re aware finding qualified mining individuals and geologists for underground miners is no easy task, and that’s still our biggest challenge. In the environment, we’re all in the world with very low unemployment, trying to find people that are willing to mine, and many do view it as an older industry. It’s hard to find young recruits willing to mine, but if anything, the world has shown us in 2022 that mining is critical to the success of any country in the world, whether it’s battery-style metals from lithium to copper. You’re hearing a lot about China, even Russia, and India is all trying in Turkey for that matter as well, are all trying to build their gold reserve. So commodities are critical, and at times we seem to lose focus on the importance of commodities, but 2022 and I think 2023 are going to show that the focus is back in on commodities.

TMH: As the year is coming to a close, what key catalysts for 2023 are you excited about?

MS: I think 2023 will be extraordinarily exciting for Galantas shareholders. We’re going to continue drilling. We’re going to be drilling the Kearney vein. We’re going to be drilling the Kerr vein, and as the air progresses, we’ll be at Joshua and hopefully drilling the Joshua vein. We’ll be ramping up production, and the goal has always been to use the production profile to help fund exploration. As we continue to slowly ramp up production, we’re going to try and do this the old timers way, which is small-scale production which then the cashflow gets reinvested in the ground, and that’s going to be really critical for us. As we look to build our resources, we’ll look to expand our production profile, and the goal here is to try and minimize any dilution to our shareholders so they reap the benefit of any success here from the exploration side.

TMH: Mario, it has been a pleasure speaking with you! Is there anything you want to say to investors before we let you go?

MS: Well, 2022 has been a hard year in the markets for everyone. I know a lot of people are heavily invested in commodities and in the commodities space but holding tight is just my view. I really do think 2023 is going to be an interesting year for commodities, in particular gold. I think you’re starting to see that base starting to form because I know it sounds nuts but when I was CFO of Lakeshore, and we were looking to ramp up our production, and we had some hiccups there as well, but it was lot easier to raise money during the financial crisis than it is today and I’m not saying in Galantas in particular, I’m just saying the industry in general and Galantas as I said, has a great shareholder base, which makes us quite lucky but the industry has, in general, has been really difficult because I see it everywhere and I’ve got obviously a lot of connections in the industry but that being said, I’m starting to feel now things are turning around in 2023 is going to be, I think a really great year for our industry. That’s my view, and knock on wood that I’m going to be correct here.

Thank you so much for speaking with me, Mario. I look forward to hearing more from you and Galantas in the new year. 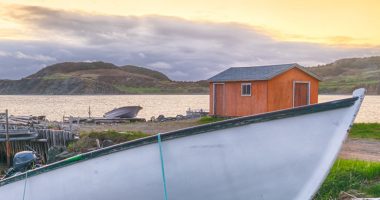 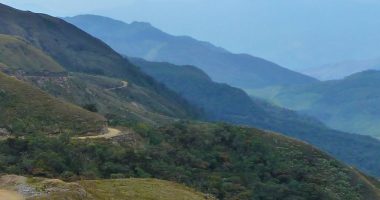 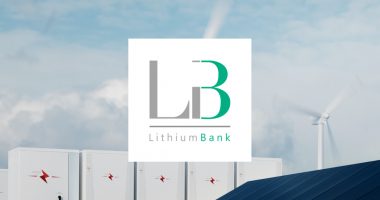 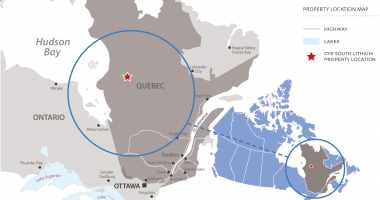