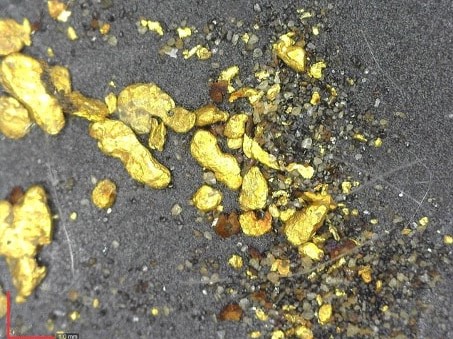 Fosterville South stated it received gold assays from its drill program on the New Trojan and Comet prospects at the Lauriston Project, which was designed to test for shallow gold mineralization based on old findings.

The Comet prospect found several intercepts with average grades of gold on an area that covered 300 metres. Drill permits are pending for the northern part of this prospect.

North of Comet, the New Trojan Prospect tested ten holes for similar reasons and found low but consistent grades of gold. A follow-up program tested another four holes, and the assay results are still pending.

Overall, this drilling covered an area of 700 metres, with the initial access restricted by the hilly terrain and weather conditions. The company also tested further north of this deposit, which found additional average grades of gold.

Fosterville South shared that access has been granted for drilling from the eastern side at the Golden Mountain Project, allowing for deeper drilling on the main prospect. The current program was designed to test mineralization from previous intercepts and successfully found more gold with drilling continuing.

The company stated that at the Big Ben mine site for its Providence, six holes were drilled for 522 metres. Drilling confirmed a gold mineralized host rock and follow-up drilling has been planned. Assays are pending for an additional four holes for an extra 360 metres.