He noted that sample results from Spanish Moon Project, show the potential for a large gold deposit.

Spanish Moon Project, which is a district-scale project in Nevada, is 13 kilometres from Kinross’ Round Mountain mine, which is a 23-million ounce mine believed to be its direct analogue.

The company is super excited about that and will be following up on that with geophysics and drone tests.

The company has all its four projects in Nevada, which ranks high globally in gold exploration and development. The company’s projects in the Great Basin include: Hot Springs Range, Weepah, Gilbert South, and Spanish Moon. Three of them are drill-ready. Spanish Moon will also be drill-ready by next year.

Based on results, there are great prospects that the projects will show large deposits of gold. The company’s chief geologist, Dan McCoy, lives in Nevada with his team and has found gold twice.

The company, like other companies, is faced with dealing with volatile gold and stock markets. But from operational and infrastructure perspective, there are no issues facing the company.

He noted that the market is contending with rising inflation with the Federal Reserve careful not to raise interest rate too high but not to keep it too low. But the uncertainty in the market will most likely lead to greater investment in gold, with the technology and real estate sectors not doing so well at the moment, opening space for gold as a save haven asset. 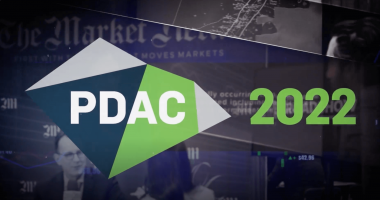