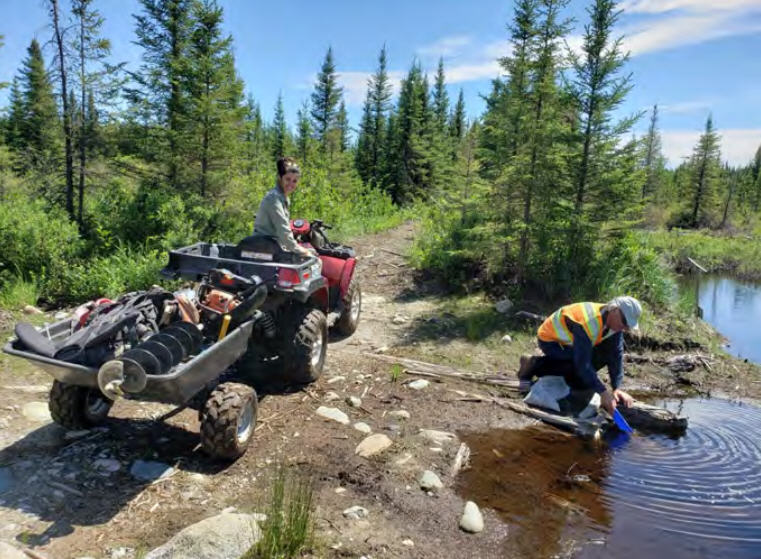 Durango Resources (DGO) has completed an exploration drilling program on its wholly-owned Discovery Property in Québec.

The Discovery Property is in the highly prospective James Bay Territory, 100km north of Chibougamau, Québec in the Frotet-Evans greenstone belt.

Durango had planned a 1,500 metre exploration drill campaign and completed 1,737 metre in the area where recent rock, channel and backpack drill sampling at surface have returned gold anomalies. Six holes were completed ranging from depths of 150 metres to 402 metres and the core is being logged, cut, and sent for assay results.

“Only two of the holes have so far been logged and sampled. In these holes we were successful in intersecting quartz veining and chalcopyrite and pyrrhotite mineralization at shallow depths so now we wait for the assays. Several pegmatite dikes have been found at surface and within drillholes and are being investigated.”