Covid 19: Will pain-free, at-home screening tests be our salvation?

The world’s best defence against the spread of COVID-19 in 2021 will not be a vaccine, medical experts now say.

Instead, it will be the widespread adoption of cheap, non-invasive diagnostic detection devices for coronaviruses – ones that look and function just like self-administered drug store pregnancy tests but require a saliva sample, rather than urine.

But there’s a worrying catch. (More on this in a moment.)

Among the exponents of the timely innovation of such cheap and easy to use saliva-based diagnostic screening devices is FDA commissioner Dr Stephen Hahn, who hails them as “ground-breaking.”

Former FDA chief Scott Gottlieb echoes this sentiment, suggesting in a recent CNBC interview that several of these devices will be commercially launched in the US marketplace within the coming weeks.

These saliva-based tests represent a pain-free alternative to nasal swabbing and are configured as a lateral flow assay test, which involves mingling a saliva sample with a proprietary chemical matrix that detects viral biomarkers. Their robust, lightweight and inexpensive design makes them very similar to conventional pregnancy tests.

Gottlieb recently told CNBC: “These can be manufactured really cheap and on a huge scale. We’re talking tens of millions of test kits a month that you can manufacture.”

He adds, “And this can be rolled out in places like schools and businesses to allow testing at the point of care and also at the point of employment and the point of education. So we’re not going to be so dependent on lab-based testing any more, which is what has been in short supply. This can make testing much more ubiquitous.”

Now here’s the catch: these tests may be ineffective at detecting coronaviruses during certain stages of the infection.

Unfortunately for all of us, the initial onset is quite possibly the most dangerous stage of infection. This is according to Hugh Rogers, who runs XPhyto Therapeutics Corp. (CSE.XPHY) (FRA: 4XT).

He is CEO of a small Canadian publicly-traded life sciences company that is about to commence trials for its own lateral flow assay test – an inexpensive diagnostic screening device for coronaviruses that it is developing in Germany.

Rogers agrees that rapid, self-administered diagnostic screening tests will be a game-changer. After all, these cheap and disposable tests will allow people to find out quickly and easily if they have COVID-19 or other coronaviruses. And they can be used anywhere and by anyone.

Most importantly, this simple testing procedure can be routinely performed before we leave our residences for work each morning. And it can also be used before returning home from work – acting as a safeguard before we’re once again in close physical proximity to our loved ones.

Nonetheless, Rogers is concerned that the rush to approve some of these devices, particularly the antigen-based ones, could lead to false negatives among newly infected people.

He says, “What is key here is that there appears to be a pre-symptomatic phase where the viable virus may not be present which suggests that antigens may not be detectable. But molecules like viral RNA (which is the genetic blueprint of the virus) do appear to be present, albeit in very low amounts.”

He adds, “The peer-reviewed literature has shown that we can detect RNA during the full lifecycle of an infection. In fact, this is the definition of an active infection. This isn’t just important for pre-symptomatic virus carriers; it also means that we should be able to detect coronaviruses like COVID-19 in asymptomatic people, who may unwittingly be significant transmitters among the general population.”

XPhyto’s coronavirus portable screening technology prototype has been successful in laboratory benchtop tests, as shown above.

His concerns are also shared by the World Health Organization (WHO), which has yet to endorse any antigen-based rapid diagnostic tests for respiratory infections because of their tendency to be inaccurate.

Additionally, the FDA cautions that antigen-based testing has its drawbacks – ones that give credibility to Roger’s concerns. In an August 26, 2020 statement, the agency stated the following on this issue:

“In general, antigen tests are very specific but are not as sensitive as molecular tests. Due to the potential for decreased sensitivity compared to molecular assays, negative results from an antigen test may need to be confirmed with a molecular test prior to making treatment decisions.”

Regardless, the FDA does view self-administered detection tools – even less-than-perfect ones -- as a pivotal breakthrough in the fight to contain the pandemic. It is in the process of permitting the commercialization of several of these non-invasive screening tests – most of which can be easily self-administered by virtually anyone and in almost any setting.

For instance, the FDA just granted emergency authorization for a saliva-based test that was developed by the Yale School of Public Health in collaboration with the National Basketball Players Association. In spite of all the media hype around this particular non-invasive test, it still requires a few hours of laboratory work to produce the final results.

Rogers says his company’s real-time saliva test is superior because it does not require any laboratory processing and can generate a result in less than five minutes. Also, some of the companies that are innovating antigen-based tests that rely on saliva claim that they can generate results within 15 minutes.

The FDA acknowledges that some of these diagnostic tools may be less accurate than commonly-used nasal-swab-based testing, which requires processing in a laboratory. But the benefits of using them outweigh the risks, government health officials state.

Currently, the gold standard of COVID-19 testing today is known as a polymerase chain reaction (PCR), which uses expensive laboratory equipment and skilled technicians to amplify the viral markers from nasal swabs. The key advantage of this extremely accurate testing is that it allows for the detection of tiny quantities of viral particles and yields quantitative data, along with the qualitative results.

But PCR testing is pricey (ranging between the US $50-$150 per test), while testing capacity throughout North America is also seriously limited and constrained by backlogs. It can take up to a week to get results.

Plus, many cities have hours-long waits at their COVID-19 testing sites. Then there’s the fact that these tests are invasive and very uncomfortable (sometimes painful), which also dissuades many people from getting tested. In fact, these are the main reasons why nine out of 10 infected Americans never get tested – and those who do so are seldom tested again. This is according to the US Centers for Disease Control and Prevention.

Again, rapid tests are not as sensitive as PCR tests. But they don’t need to be perfect because they promise to become crucial to ensuring early detection, according to Harvard Medical School epidemiologist Michael Mina.

He says, “The vast majority of PCR positive tests we currently collect in this country are actually finding people long after they have ceased to be infectious,” he told the Harvard Magazine.

Nasal swab testing is not popular because it can be very uncomfortable, even painful

A better alternative to PCR testing is to get people to self-assess via frequent at-home testing, which would be far more effective at breaking chains of transmission, he adds.

Rogers agrees but also worries that antigen testing could lead to false negatives in pre-symptomatic and asymptomatic COVID-19 spreaders.

“My big concern is that each false negative can lead to widespread infection, starting with a person’s family and spreading to the whole community. This is especially problematic when dealing with very vulnerable group settings, such as nursing homes and elementary schools.”

Rogers believes that his company’s testing for the virus’ molecular genome (a.k.a. its RNA) will prove superior to antigen testing. XPhyto’s lateral flow assay testing has already proven highly accurate so far in laboratory trials. Now the company aims to embark upon real-world pilot trials involving the use of saliva from healthy patients and saliva containing the COVID-19 virus.

The company is ultimately targeting an ambitious commercialization date for Q1 of next year, assuming that its testing device earns regulatory approval in Europe. And it plans to make its product almost as affordable as a standard home pregnancy test.

Regardless of which on-the-spot COVID-19 detection tools work the best, one thing is for sure: governments and health authorities across the world can’t wait to get their hands on them. By doing so, they hope to break the chain of transmission by popularizing self-testing and thereby ensuring a high degree of voluntary compliance among the general population.

Until the arrival of a COVID-19 vaccine that is universally regarded as safe and effective – which could be a long way off – these user-friendly diagnostic devices promise to be society’s most effective first line of defence against this pandemic.

“The caveat to the commercialization of these inexpensive, user-friendly tests,” says Rogers, “is that we have to correctly identify people when they are most contagious and the least symptomatic, which is typically at the start of their coronavirus infection. If we don’t get that right, then we won’t be able to stop the pandemic.”

ABOUT THE AUTHOR: Marc Davis has a deep background in the capital markets spanning 30 years, having mostly worked as an analyst and stock market commentator. He is also a longstanding financial journalist. Over the years, his articles have appeared in dozens of digital publications worldwide. They include USA Today, CBS Money Watch, The Times (UK), Investors’ Business Daily, the Financial Post, Reuters, National Post, Google News, Barron’s, China Daily, Huffington Post, AOL, City A.M. (London), Bloomberg, WallStreetOnline.de (Germany) and the Independent (UK). He has also appeared in business interviews on the BBC, CBC, and SKY TV. Marc is also an enthusiastic shareholder of XPhyto Therapeutics. 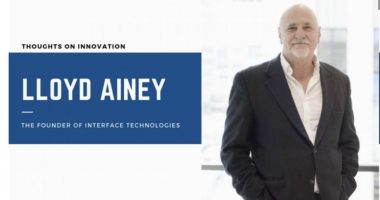 " Cybersecurity As A Strategic Business Priority 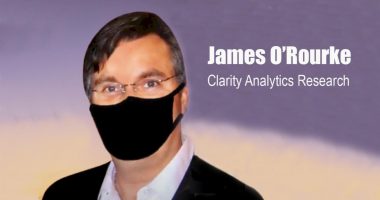 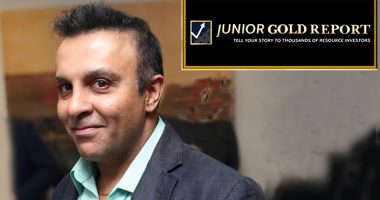