Robert Zakresky, CEO of Coelacanth Energy Inc. (CEI), sat down with Simon Druker from The Market Herald to discuss the company’s recent inception through a newly closed plan of arrangement.

Coelacanth Energy is another oil and natural gas exploration and development company in northeastern British Columbia with roughly 140 sections of Montney acreage in the Two Rivers and surrounding area. Coelacanth has identified 8.9 billion bbls of Original Oil in Place and 8.6 tcf Original Gas in Place

Coelacanth Energy Inc. has listed its shares with the TSXV under the symbol CEI

The Market Herald recently caught up with the company’s CEO, Robert Zakresky to get our investor audience up to date on all things C-E-I.

RZ: So Coelacanth is a company that was formed by a plan of arrangement between Leucrotta, which is a company we previously ran and Vermilion, so we cut the assets of the company in half. Coelacanth took the  less developed assets, Vermilion bought the more developed assets, and then we’re going to be working forward to get after the development of the large land base we acquired in that plan of rrangement.  So, our goal is to grow. We have plans to get after the drilling, get after the infrastructure and to grow this from the very small land production base of 350 BOE a day to over 25,000, over a four year period.

2. Can you describe how Coelacanth came about?

RZ: Yeah. So Leucrotta built an asset base over about an eight year period. We had about 300 sections of land through a plan of arrangement. We cut the company, Vermilion bought about half of the land. Coelacanth took half of the land and then we left the cash in Coelacanth and then funded it in addition to that. We now have a strong balance sheet moving forward with an asset base that we really understand, that we’ve developed and delineated over the last eight years and Coelacanth and its management team can now take this forward very rapidly and start to realize value for shareholders.

3. What power do these investments give Coelacanth moving forward?

RZ: So we have a really strong asset base but we have a really strong shareholder base as well. We have the cash develop those assets, and we have shareholders that have been with us a long period of time and have been supportive and Vermilion who bought Leucrotta is also a significant shareholder.  Between our existing shareholders and Vermilion, we think if we need capital in the future, we’ll have that and we have a lot of cash to start with to develop the assets. We’re very happy with the starting position here.

4. What other highlights came from this deal?

5. What should investors be excited about regarding Coelacanth’s growth plan?

RZ: Well, this is going to be a very dramatic growth plan. We understand the asset, we have capital to apply. Commodities are very robust right now. The payback of the wells are in the 3, 4, 5 month range once they’re drilled and so you will be able to see rapid, rapid growth and lots of excitement  hopefully around the stock price as well over the next couple years here.

RZ: Well, I think it’s the area that we’re in. We’re located in Northeast BC. Our assets are proximal to LNG. There are multiple horizons, there are multiple products. So, we have oil condensate, propane butane, natural gas as well. We’re also situated very well to sell to multiple markets on the gas side. We can sell to Chicago. We can get into the west coast system, which goes towards Sumas and can eventually go to LNG, other markets, and we can get into the NGTL system as well on the gas side. On the oil side, we currently truck to Prince George refinery but we can also get our oil through pipeline, down to Edmonton and we can sell products from there as well. So, it’s a diversified asset base and it’s geographically situated exactly where you’d want to be from a go forward perspective.

7. Can you tell us a bit about Coelacanth’s main asset(s)?

RZ: The main asset is Montney. It’s multiple horizons, Basal, Lower, and Upper Montney. We can develop all three horizons all at the same time off of one pad. So, our impact from a surface perspective is very minimal relative to the amount of productivity that you can get out of it. The Montney is a massive, massive resource, which all the large companies in Canada have positions in and are developing and we are sitting in one of the sweet spots in the oil window, which also has lots of gas and oil and it’s just a great project with great rates of return and from a future M&A perspective is probably something that other companies are going to want to own.

8. How will Coelacanth accomplish its near-term goals?

RZ: In the near term, we need drilling permits. We can start drilling. We do have some infrastructure get us  up to 4- 5,000 BOE a day. We have cash sitting on the balance sheet that we can use to start putting in the longer pipeline, the bigger facility, and to drill on the other parts of our land tenure as well. So, the near term is kind of covered. We should be able to get after that, hopefully this fall, and then the bigger project will happen next summer and through the end of next year, to where we’ll very quickly be able to get up into the 12 to 15,000 BUE day range and we can grow materially from there, once  that cash flow begins coming off of the production.

9. What should investors expect to see from Coelacanth for the remainder of this year?

RZ: We’re hoping to be drilling by October, November timeframe, upgrading our facility, having product on by the end of the year, then we’ll have updates on the larger project as far as the timing of when we’re going to be in the field, building the pipeline, building the facility and then drilling the next pads. So there will be a continual news flow through this fall, adding a bunch of production and then we’ll update on the larger project continually as we go over the next 18 months as well.

10. Okay. Robert, is there anything else we should know or maybe more importantly that your investors should know at this point?

RZ: Oh, I think we’re very excited about this play. We know it really well. We think we can execute on it and we’ve done it many times. This is the seventh company for me. So hopefully for me, it’s lucky number seven and we can take this company and grow just like the profile shows on our presentation and all shareholders will be very happy. 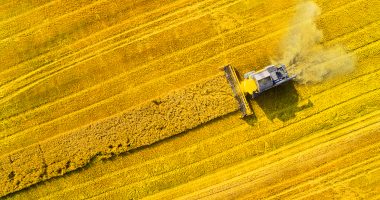 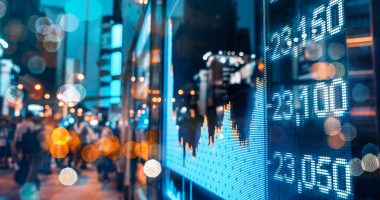 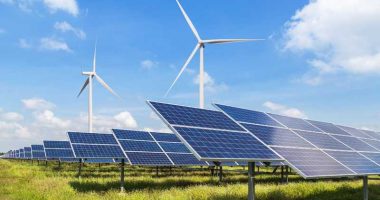