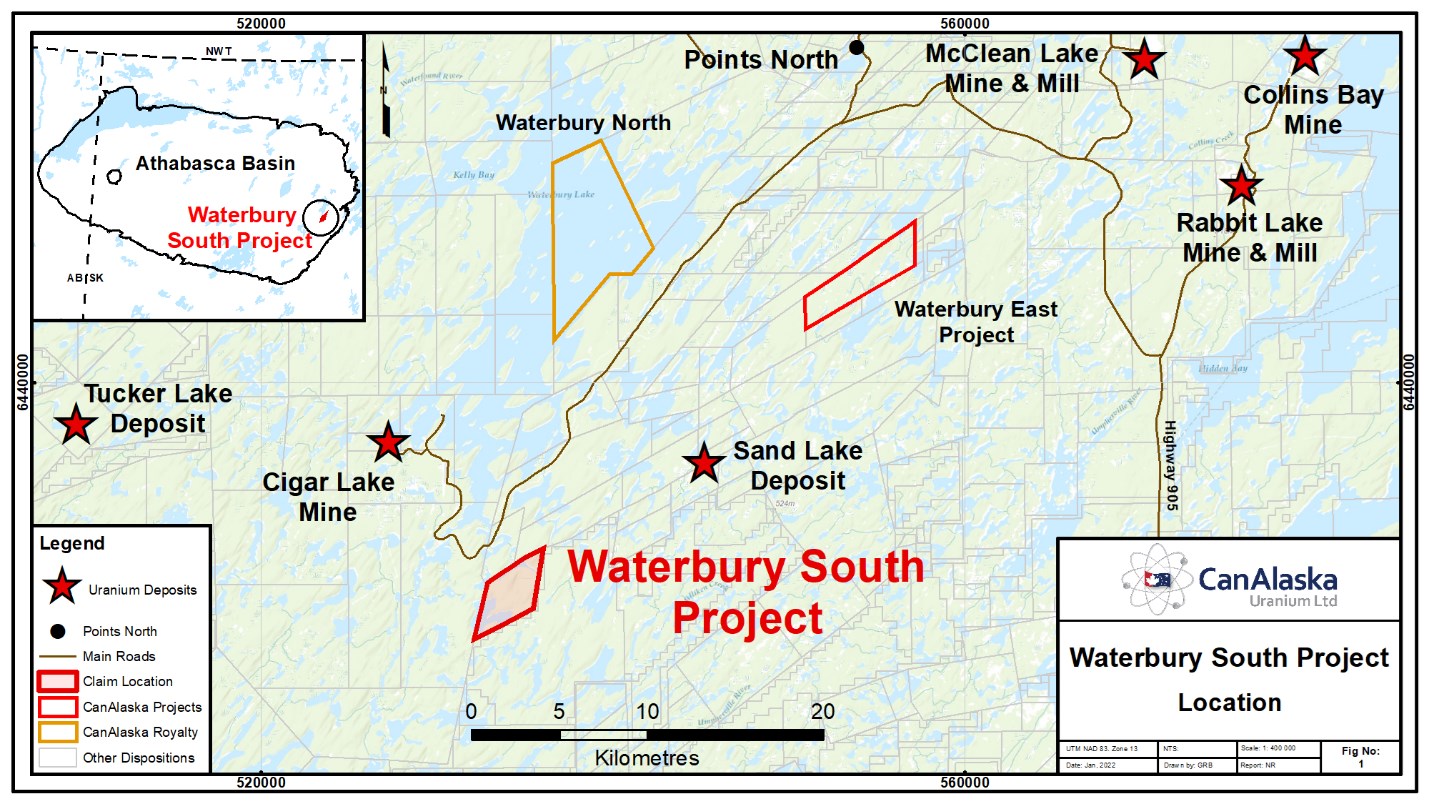 The project is located approximately 10 km southeast of the Cigar Lake uranium mine and is 100 per cent owned and operated by CanAlaska.

The drill program will focus on the extension of polymetallic unconformity uranium mineralization associated with nickel, arsenic, cobalt, and zinc, intersected during the previous 2021 winter drill program.

Results of this program highlighted sandstone alteration and structure indicative of a mineralizing uranium event along the drill fence containing WAT-008 and WAT-009 which were drilled near failed Cameco drill hole SOD-253.

WAT-008 intersected a pyrite-rich zone associated with a fault in the mid-sandstone column well above the unconformity, followed by a thick graphitic unit in the basement which was the target for WAT-009.

WAT-009 intersected bleaching throughout the lower 100 m of the sandstone column that increases in intensity near the unconformity where a 3.3 m wide interval of intense clay alteration with associated sooty pyrite, nickel-sulphides, and chlorite straddles the unconformity.

CanAlaska has started mobilization to the field with six to eight drill holes planned for the winter program. Equipment is currently being moved into site and drilling is expected to begin next week.

The first drill holes will focus on following up the encouraging results in WAT-009.

CanAlaska VP Exploration, Nathan Bridge, comments, “The results from the 2021 drilling program on the Waterbury South project have set us up for a much larger program in 2022, effectively doubling the meterage from the previous campaign.”

It has mobilized to its West McArthur project to begin a 200 line-km Stepwise Moving Loop Time Domain Electromagnetic Survey (TDEM).

The geophysical survey is part of the approved 2022 exploration program, budgeted at $5 Million. The goal of the TDEM survey is to outline and prioritize drill targets along with the remainder of the Grid 5 conductive corridor southwest of the strong alteration and fault structures intersected during the recently completed 2021 exploration program.

It anticipates the program will take approximately two months to complete and targets from the survey will be ready for drill testing during the upcoming summer exploration program.