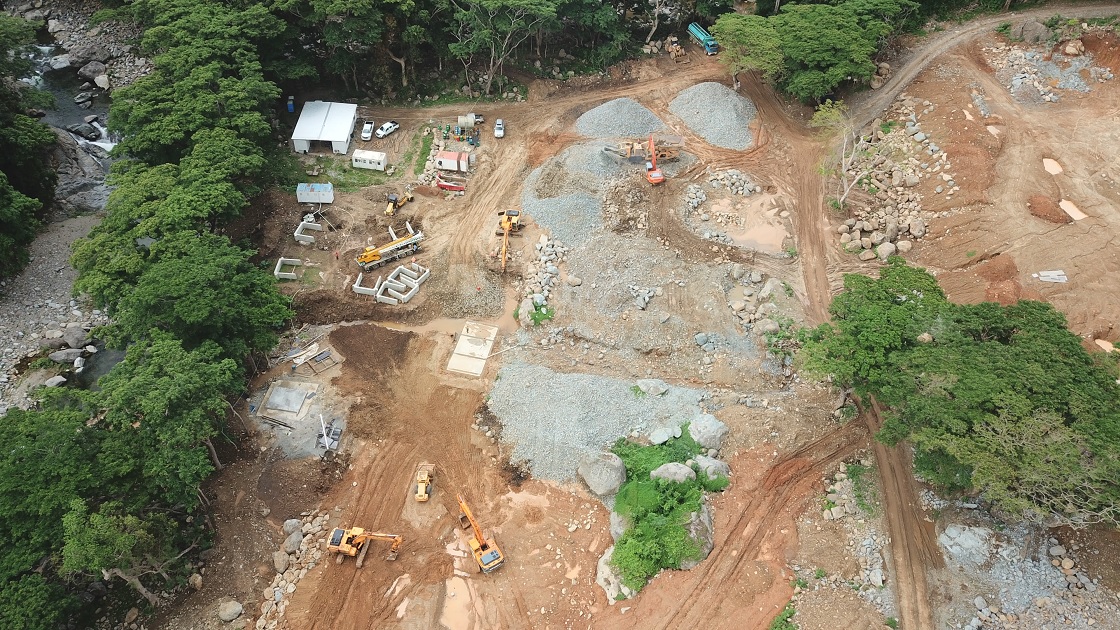 Bond Resources (BJB) is pleased to provide an update on the progress on a new access tunnel at the Mary K mine, near Elk City, Idaho.

With the goal of reaching, and bulk sampling, the reported high-grade Apex zone of the historical Mary K mine, Bond Resources has been busy constructing a parallel access tunnel.

“We initially planned on developing a new portal and breaking into the old workings about 230 ft (70 metres) into the mountain,” commented Joseph Carrabba, President & CEO of Bond Resources.

“When probe holes were drilled, we hit water that had been dammed up by the collapsed old workings, so we continued to develop a parallel drift.”

To date, the new 12-by-12 ft access tunnel has been developed approximately 600 ft (183 metres) towards the known gold-bearing zones in the Mary K mine. It is being driven parallel to, and at the same elevation (4,220 ft) as, the #4 level of the historical mine.

According to Bond’s earlier drill data and historical maps, the high-grade area of the Mary K vein system lies only 250 ft (76 metres) beyond the current extent of the new tunnel. Bond expects the tunnel to reach this area by mid-August.

“We hit one minor snag that created a two-week delay,” said Mr. Carrabba. “Our mining team encountered a large, low-angle fault about 480-to-510 ft (146-to-155m) from the portal entrance. By utilizing different blasting techniques and reinforcing the tunnel with timber sets, they were able to safely advance through the poor ground conditions created by this fault zone.”

Once the target area is reached, Bond Resources will commence a bulk sampling program and develop a decline to access the reported high-grade Apex Area of the mine.

The Apex Area of the Mary K mine represents a very compelling target. It was originally described by a previous owner and mining engineer, Richard Kleesattle. The last workings driven by Kleesattle in 1942 were to about 23 ft (7 meters) below the #4 level, near what he called “the apex of a very rich ore shoot”. He recorded assays ranging from 11 to 59 ounces per ton from this development. These workings were developed but never mined.

The historical Mary K mine was shut down in 1942 and never re-opened. Historical records indicate that only 2,000 tons of mineralized gold material were mined with an average reported grade of 0.65 ounces per ton of gold (22.28 g/t Au).

Work continues at the company’s Hard Cash joint-venture project located about three miles outside the town of Radersburg, Montana. Targets have been identified, drill pads have been constructed and the necessary permits and bonds have been posted.

Six drill holes are planned to be completed later this summer. Three 400 ft-long drill holes will be drilled on each of two drill pads.

Based on the initial due diligence work performed on the Hard Cash Property, the company believes that the project still hosts unmined gold mineralization. The goal of the initial drilling campaign will be to determine the extent and grade of gold mineralization on the Hard Cash Vein over an initial strike length of 61 metres (200 ft) and vertical depth extent of 41 metres (135 ft). In addition, the newly identified sub-parallel structure will also be tested over a strike length of 61 metres (200 ft), and to a vertical depth of 30 metres (100 ft).

The Hard Cash Property is being acquired in a lease-to-own deal that is held within a 50/50 joint venture between Bond Resources and Winston Gold. The property was mined pre-WWII on a small scale, producing only 1,032 ounces of gold from 1,007 tons of mineralized rock.

Bond Resources is a mineral resource company that holds the contractual rights to acquire the Mary K mine in the Elk City mining district of Idaho. The company will focus on near-term production and rediscovery at the high-grade historic mine.