Alzheimer’s Breakthrough: Why the Experts are Betting on NervGen 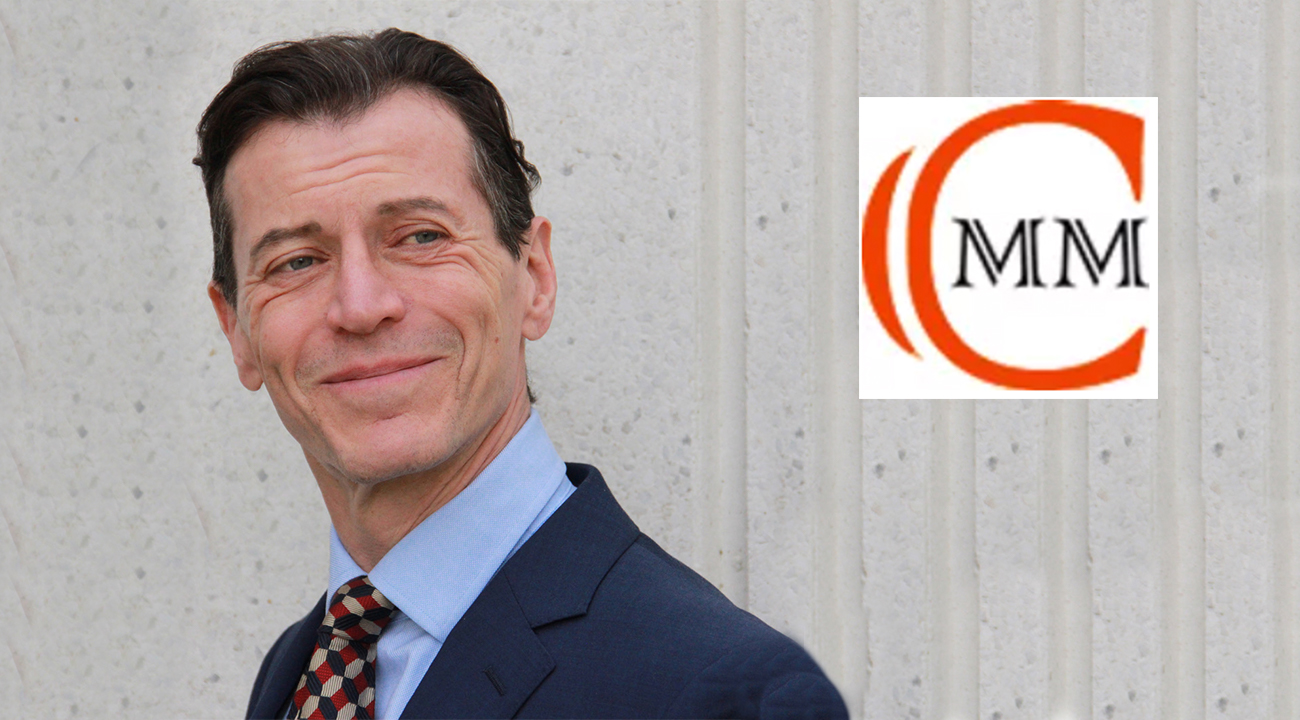 It's the disease that most of us regard with the greatest dread – especially since nearly one in every three people will eventually be afflicted.

This is why a breakthrough pharmaceutical drug for Alzheimer’s disease would not only be a godsend to society, it could also earn “blockbuster drug” commercial acclaim, representing tens of billions of dollars in future revenues over the next couple of decades alone.

With this in mind, any publicly traded biotech start-up that shows progress in the quest for effective ways to treat Alzheimer’s disease is going to get plenty of favourable attention among risk-tolerant speculative investors.

After all, a remedy for this devastating disease – one that affects virtually every family in North America – has become a Holy Grail of sorts for investors looking for the next big home run.

One new contender that hopes to shake up the Alzheimer’s treatment market, as well as other markets for addressing neurodegenerative diseases, is Vancouver-headquartered NervGen Pharma Corp. (TSX-V: NGEN) (OTCQX: NGENF). This enterprising biotech start-up is about to commence its Phase I clinical trial and just announced that it will also include a group of Alzheimer’s patients.

The company is developing a novel new drug candidate, licensed from a prestigious US university, that is designed to repair damaged nerves. Originally developed to treat spinal cord injury, it soon became apparent that it was healing nerve damage at a biologically fundamental level.

This experimental treatment is now being extended to other conditions such as multiple sclerosis and Alzheimer’s disease, along with the potential to address many more conditions according to the company.

However, it seems that investors are most interested in seeing the innovation of what would be a truly disruptive treatment for Alzheimer’s patients. This is because the disease is so ubiquitous. In terms of hard numbers, Alzheimer's disease is ranked as the third leading cause of death of seniors in the US, surpassed only by heart disease and cancer.

There are over six million Americans living with Alzheimer’s disease, and this number continues to rise as lifespans increase due to advancements in medical science. All told, the estimated cost for caring for Americans with Alzheimer's disease and other dementias is well in excess of US$250 billion per annum.

According to NervGen's President and CEO, Paul Brennan, his company’s drug candidate, known as NVG-291, is a truly unique and logical approach to treating Alzheimer’s.

He says, “What differentiates NVG-291 from other drugs in development is that it leverages multiple mechanisms for repairing nerve damage, while most others focus on a single approach. Alzheimer’s disease is a complex condition and likely caused by multiple factors. We believe that a systems approach to treating the disease is an important distinction.

“NervGen’s drug is able to achieve this approach by liberating the body’s own repair mechanisms to accelerate nerve repair. When nerve damage occurs, either as a result of an injury or disease, there is an accumulation of specific molecules, called CSPGs, that inhibit the body’s ability to repair itself.

NervGen’s technology counteracts this inhibition. This then results in the initiation of multiple repair mechanisms including nerve regeneration and remyelination, - the repair of the protective coating of the nerves. It also improves plasticity, which is where surviving nerves take on additional function.

There are two additional mechanisms that are seen to be very important in the treatment of Alzheimer’s. First, there is the reduction of inflammation in the immune cells of the brain. Second, there is the promotion of autophagy, which is a cellular cleaning mechanism that is necessary for healthy neurons.”

NervGen’s US-based researchers have begun investigating in earnest how the same nerve-rejuvenating biotechnology can be adapted to also remedy this mind-desecrating disease. The currently approved Alzheimer’s drugs merely address symptoms, whereas NVG-291 acts at a more fundamental level to allow the normal repair mechanisms to kick into gear to create a favourable environment for nerves to grow and create entirely new nerve connections, according to Brennan.

It is worth noting that what makes this drug candidate truly disruptive is the fact that currently there are no therapies approved that stimulate nerve repair.

Even so, with a market capitalization of less than CDN$100 million (US$75 million), NervGen has yet to get on the radar of the mainstream investment community. However, its rising fortunes have not gone completely unnoticed by some savvy biotech investors.

The stock’s trajectory is likely to continue to power forward in 2021 as the Phase 1 human clinical trial gets underway in Q2.

In addition, this ambitious company is preparing to begin two Phase 2 clinical trials in the first half of 2022 which will also provide further impetus for the company’s share price. One is for treating spinal cord injuries and one for the repair of nerve damage caused by multiple sclerosis.

The ability of NervGen’s NVG-291 to remyelinate and enhance plasticity is a one-two knockout punch for repairing the chronic effects of MS. And this would prove to be revolutionary, according to Brennan.

Accordingly, the company’s unique nerve repair therapy may eventually prove to be clinically therapeutic in the treatment of several different serious medical conditions – each of which represents a lucrative marketplace involving millions of people around the world with medical needs that do not respond well to existing treatments, especially pharmaceutical ones.

The co-inventor of NVG-291 is Dr. Jerry Silver, Professor of Neurosciences at Case Western Reserve University's School of Medicine in Cleveland, Ohio. He has been working on this unique approach to nerve rejuvenation biotechnology since the early 90s by focusing on CSPG, a protein that inhibits the body's natural ability to regrow and regenerate.

One of the world’s most foremost neuroscience researchers of spinal cord injury, Dr. Silver is the recipient of the Ameritec Prize for significant accomplishments toward a cure for paralysis, as well as the Christopher Reeve-Joan Irvine Research Medal (The Reeve-Irvine Medal) for his research into spinal cord injuries.

Dr. Silver’s work with NVG-291 is beginning to get the attention of all the right people now that it might finally be on the cusp of clinical validation. This is why he has now been joined by some fellow luminaries in the Alzheimer’s medical field who have all joined the company’s newly-formed Alzheimer’s disease scientific advisory board. They are listed as follows:

The guidance of this Alzheimer’s medical research dream team through clinical trials translates into a compelling competitive advantage, according to Brennan.

It is well worth reiterating that no drugs have been approved anywhere in the world for nerve regeneration and remyelination, as well as improved plasticity in damaged nerves. Additionally, existing treatments are not considered very effective. So, the stakes are especially high for NervGen in its bid to commercialize a breakthrough blockbuster drug.

When Big Pharma seeks out promising new pharmaceutical drug candidates to license, they tend to place a considerable premium on ones that are truly novel and disruptive. NervGen promises to be well worthy of such consideration, especially if it has success with its Phase 1 clinical trials. The fact that NVG-291 shows considerable promise in unlocking a damaged nervous system's natural ability to repair itself represents an especially compelling differentiator for NervGen.

Furthermore, it is worth reiterating NervGen’s aggressive program of undertaking the Phase 1b in Alzheimer’s to be followed shortly by MS and spinal cord injury clinical trials. This significantly bolsters the odds that NVG-291 can be successfully commercialized for one or more degenerative diseases, not the least of which is the burgeoning global Alzheimer’s disease market – which is currently valued at well over $10 billion a year.

In particular, the ability to bring to bear numerous mechanisms of repair, including two that are increasingly viewed as critical to addressing Alzheimer’s, represents an unprecedented medical breakthrough. To this end, the company’s ability to assemble an all-star team of key medical experts/opinion leaders to tackle Alzheimer’s disease attests to NervGen’s bright prospects for success in ultimately validating NVG-291.

The fact that NervGen is targeting significant unmet medical needs for the treatment of nerve damage due to trauma and diseases means that a very lucrative multi-billion-dollar marketplace beckons.

With the benefit of a tight share structure (only 36 million shares outstanding), NervGen is poised for a breakout year in 2021. This is based on the assumption of a continuation of good news flow as the company sets out to achieve its first major developmental milestones.

ABOUT THE AUTHOR: Marc Davis has a deep background in the capital markets spanning 30 years, having mostly worked as an analyst and stock market commentator. He is also a longstanding financial journalist. Over the years, his articles have appeared in dozens of digital publications worldwide. They include USA Today, CBS Money Watch, The Times (UK), Investors’ Business Daily, the Financial Post, Reuters, National Post, Google News, Barron’s, China Daily, Huffington Post, AOL, City A.M. (London), Bloomberg, WallStreetOnline.de (Germany) and the Independent (UK). He has also appeared in business interviews on the BBC, CBC, and SKY TV. An enthusiastic shareholder of NervGen, his opinions are therefore biased and should not be relied upon for making investment decisions. A high-grade precious metals discovery can be worth hundreds of millions of dollars – sometimes even more.
X