All sectors gain as the index recovers some lost ground

On a day Canadian inflation figure dropped marginally, and the main stock exchange experienced a rise in all the sectors during morning trading.

The index was lifted by all the sectors, with the real estate sector making the highest gain of 2.29 per cent. It was followed by the energy sector with 1.99 per cent and health care with 1.95 per cent.

Statistics Canada announced this Wednesday that Canada’s inflation rate dropped from 6.9 per cent in October to 6.8 per cent in November, with prices of gasoline and furniture going down but the cost of food and rent going up. From September to October, inflation figures remained unchanged.

The report showed that last month, gasoline prices across Canada dropped by 3.6 per cent, while grocery prices went up by 11.4 per cent, up from the 11 per cent rise experienced in October.

With the rise experienced in the stock market today, there was an improvement in the periodic statistics of the index in the last year.

At 12 noon, it showed that the index had cut its five-day loss down to 1.69 per cent. Similarly, the one-month loss was down to 3.58 per cent. In the same vein, the index had lost 1.94 per cent in the past three months and 7.85 per cent since the beginning of the year.

The best-performing stocks were Ivanhoe Mines Ltd., which gained 8.78 per cent; Aritzia Inc., which rose by 6.06 per cent; and Denison Mines Corp., which went up by 5.92 per cent.

Conversely, the least-performing stocks were BlackBerry Ltd., which lost 8.35 per cent; Brookfield Business Partners L.P. Un Wi, which shed 2.64 per cent; and Brookfield Asset Management Ltd., which was down by 1.60 per cent.

Now let us take a look at the stories that attracted the attention of our investment-savvy community the most.

At a time the index is down but recovering, investors have chosen to diversify their interests. They have paid the most attention to precious metals and the industrial and health sectors.

IAMGOLD (IMG) reached an agreement to amend the Côté Gold Joint Venture Agreement (JVA), which will see Sumitomo contributing approximately $340 million to the Côté Gold Project in northeastern Ontario over the course of 2023. 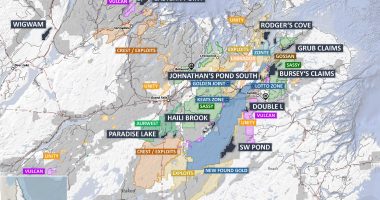