A Unique Opportunity in the Green Energy Arena

Green hydrogen is generated using renewable energy or from low-carbon power, which equates to much lower carbon emissions than traditional grey hydrogen, which still makes up the bulk of the hydrogen market.

As that market grows, Québec-based Charbone Hydrogen is positioning itself to become one of the main producers to help develop a carbon-free world, running exclusively on renewable energy.

Joining us today to learn a little more about the world of green hydrogen is Charbone Executive VP, Stéphane Dallaire. Stephane, thanks for making time for us today.

TMH: So first off, give us some background and tell us a little bit about your company, you’re the only green hydrogen producer listed on the TSX Venture Exchange right now, is that right?

SD:  That’s correct. The company was founded in 2019 by our CEO, Dave Gagnon, who has been a renewable player for the longest time. He had seen coming to the energy transition and realized that combining hydropower and hydrogen would be the key element to go to net zero in the coming years. We just didn’t think it would happen so quickly. We were building forward.

TMH: As you attempt to grow and gain attention for the technology itself, how do you generate revenue right now, and tell us about your current acquisition strategy?

SD: The reason being, when we started this business and hydro was a key element. Why? Because acquiring hydropower plants that already have contracts, allows us to generate revenue in the short term while the hydrogen market grows – especially the green hydrogen market. Hence buying hydropower plants to combine with hydrogen is the best solution we have today. Why? Because you have base load power with hydropower, and while we wait for the market to grow, as I said, we can generate revenue by selling electricity to the grid, especially in the US market.

TMH: You recently (in August) purchased a hydropower plant in Wisconsin. Shed some light on that and tell us about your acquisition strategy.

SD: Well, we are finalizing the acquisition. We did announce that we would buy in Shawano (Wisconsin), which is our first of four acquisitions that we’re looking to buy in Wisconsin and Michigan. That’s basically the Charbone strategy. Get our hands on small hydropower plants with enough land around them to be able to install equipment, and as the hydrogen market evolves, we can transition from hydropower to hydrogen. In the short term, we get revenue from hydro and in the medium to longer term, we get more revenue out of hydrogen.

SD: As a company, one of the biggest hurdles, at first, was distribution, but we did sign a distribution agreement with Superior Plus, which was a key element in our strategy. Secondly, a big hurdle – it is very capital intensive. The equipment, the installation. You’re dealing with energy, so there’s a lot of capital required to move forward in this business. This enhanced our decision to go to the capital markets and become the first player because we knew we would need a lot of capital down the road to grow the company.

TMH: Tell us about the advantages green hydrogen has or may have over traditional sources and what will attract customers to it.

SD: Many people don’t know, but hydrogen is the most abundant element on the planet. It’s everywhere. If we use it properly, we can actually transition any sort of energy. It’s hydrogen because there’s so much out there, we just have to use it properly. The beauty of it going to green hydrogen, which is made from water, it’s all about water – the by-product is oxygen. We’re not polluting. We are going green. The most abundant energy on the planet, and it’s green. Why wouldn’t we go towards green hydrogen?

TMH: Is there anything else you’d like to mention that we haven’t touched on so far that’s important for our viewers or your investors to know?

SD: Maybe I can talk more about what we look forward to as an organization. Not only are we in the renewables, and we want to be a big part of Net Zero, but also, internally, as a company, we are looking to become ESG. We are getting our Big Corp certification and being eco-responsible. It is not just a business, it’s an entire way of life, and that’s what Charbone is all about.

Thanks again for joining us at The Market Herald today, Stéphane we look forward to keeping an eye on things and chatting with you again soon.

We’ve been speaking with Stéphane Dallaire, the Executive VP of Charbone Hydrogen. The company trades on the TSX Venture Exchange under the ticker symbol CH. You can also visit them at charbone.com for more information.

Once again, I’d like to thank Stéphane for joining us today to learn more about his company’s latest developments and sharing his insights with our Top Line audience and his investors.

I’m Simon Druker for The Market Herald. Thanks for watching Top Line, and we’ll see you next time. 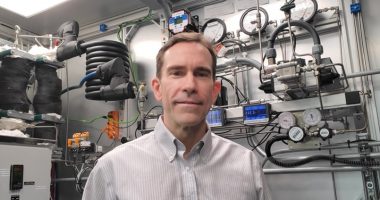 AmmPower (AMMP) has appointed Greg Barranger as the Vice President of Operations of its IAMM Division. 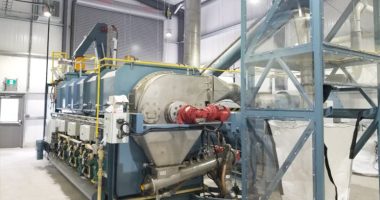